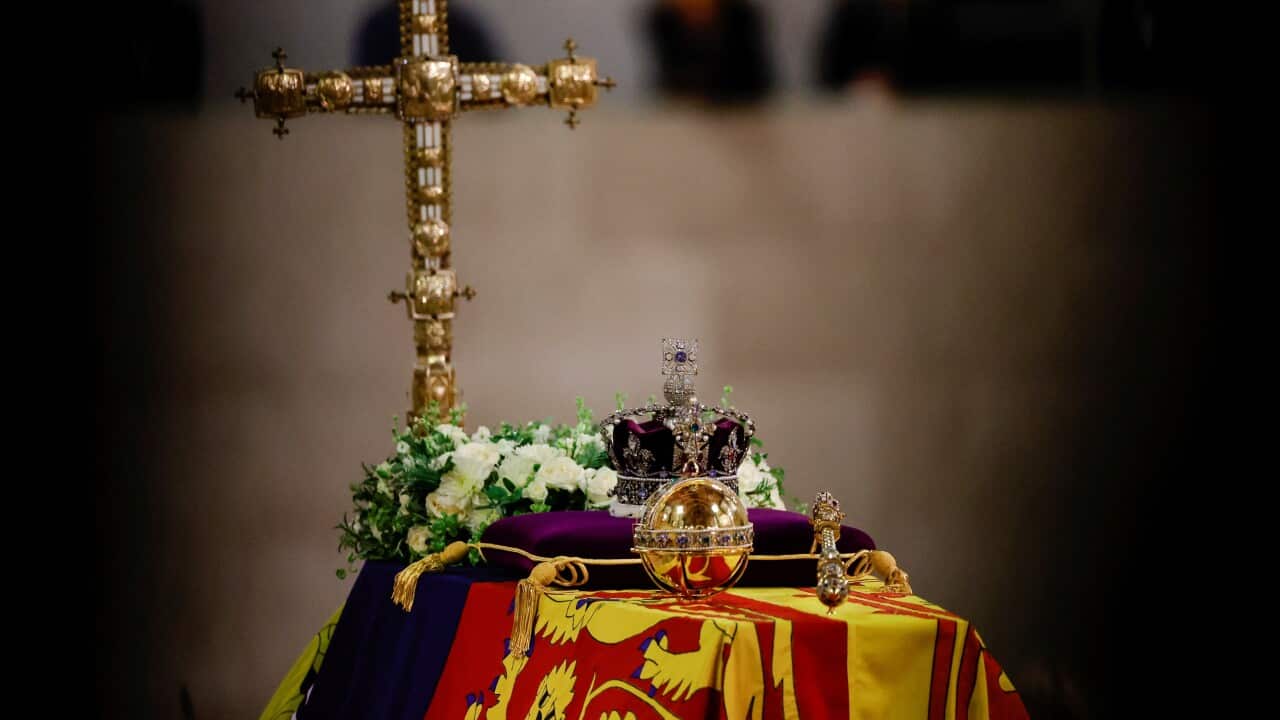 On Monday, around 2,000 guests from around the world will gather at Westminster Abbey for the
Millions more are expected to watch the procession on TV or online.
In Britain, 125 cinemas will screen the funeral, while parks, public squares and cathedrals will install viewing screens.

Here’s how you can tune in from Australia and what time everything will be.

On Monday evening, from 7:30 p.m. AEST, mainline SBS will switch to BBC coverage of The State Funeral of Her Majesty Queen Elizabeth II.
We will also be blogging live at which will begin at 6:30 p.m. AEST.

When does the funeral procession begin?

The funeral service will end around 12 p.m. (9 p.m. AEST), after the last bell has been played and a two-minute silence. The Réveil, the National Anthem, and a traditional Queen’s Piper’s Lament will also be played.

What happens after the funeral?

At the conclusion of the funeral, the Queen’s coffin – followed by King Charles III and the Royal Family – will be brought in a procession to Wellington Arch at Hyde Park Corner, from around 12.15pm (9.15pm AEST).
Big Ben will ring at one minute intervals.

The coffin will be transported to Windsor by a state hearse, where it is expected to arrive shortly after 3 p.m. (midnight AEST).