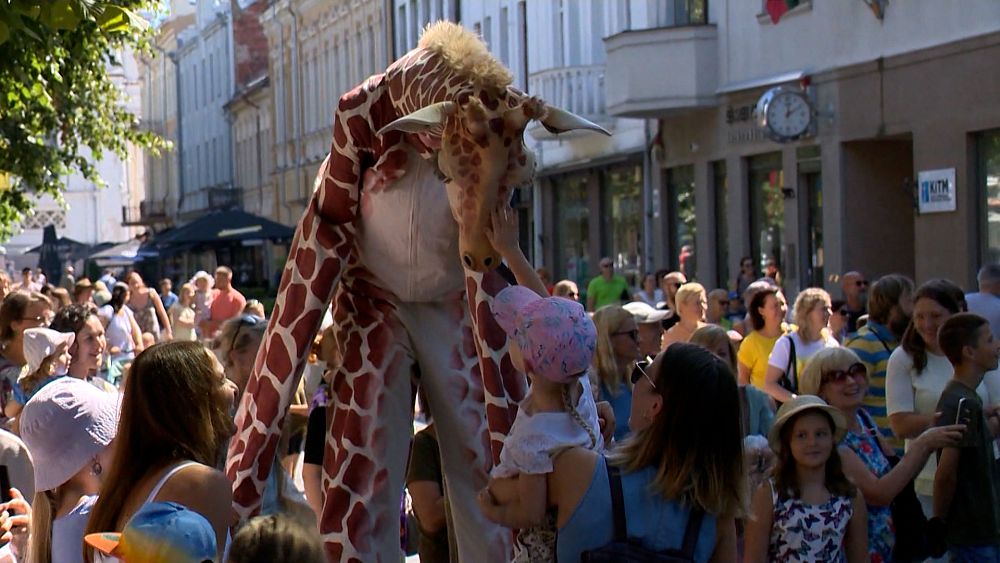 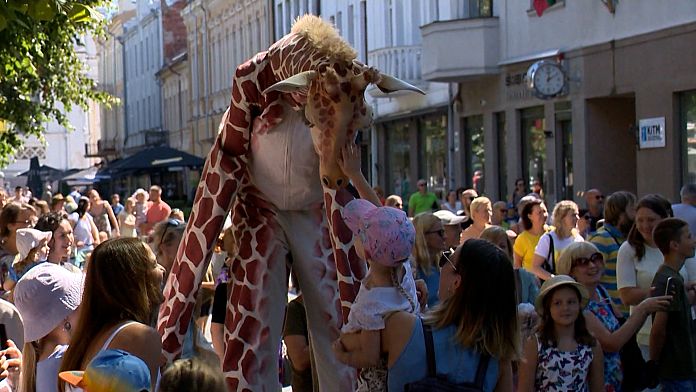 Two giraffes and their cubs strolled through the streets of Kaunas, bringing smiles to the crowds of Lithuania’s second city.

The show of the Catalan theater Xirriquiteula is part of the international festival of performing arts “ConTempo”.

The giraffe walk was accompanied by musicians who playfully recreated a dreamlike atmosphere of savannah in the middle of the city. To the rhythm of a drum, the animals interacted with the inhabitants and the environment, and even entered the local pharmacy to surprise its employees.

The Xirriquiteula theater was created in 1985 in Barcelona. This year’s international performing arts festival “ConTempo” is initiated by “Kaunas – European Capital of Culture 2022”.