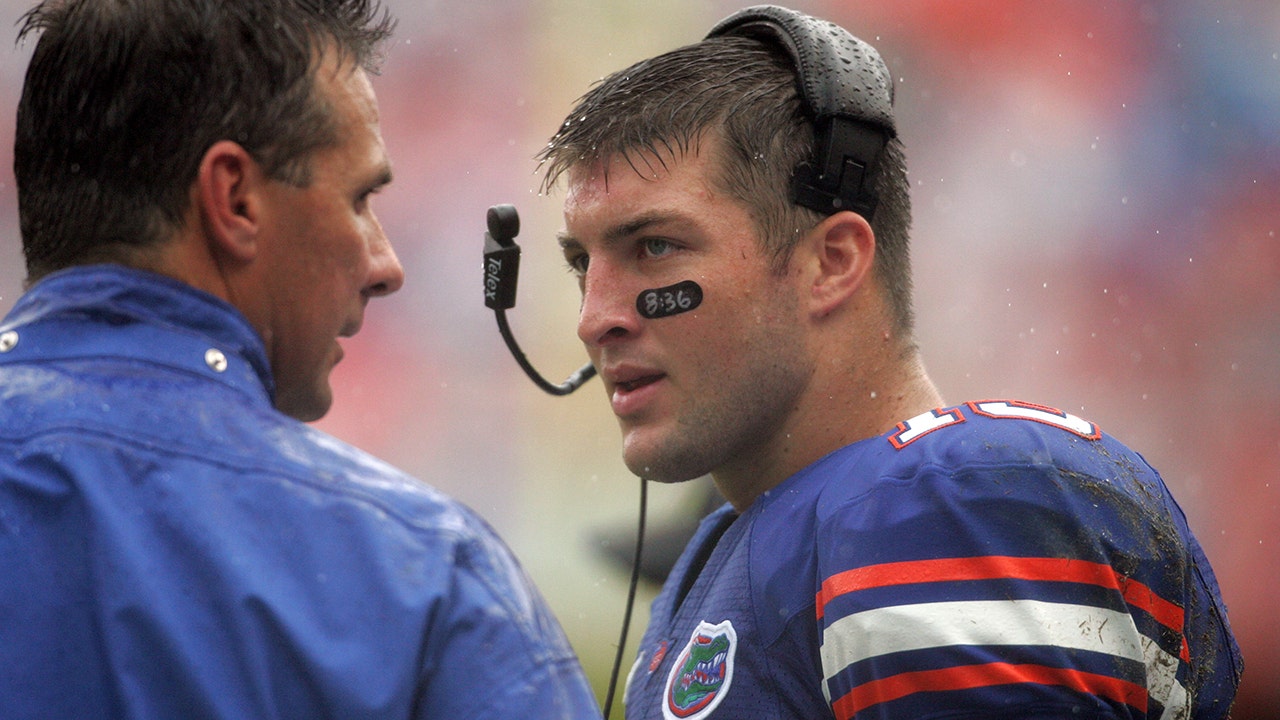 The college football offseason was all about tit-for-tats on name, image and likeness (NIL) agreements and realignment across the sport’s major conferences.

Alabama’s Nick SabanTexas A&M’s Jimbo Fisher and Jackson State’s Deion Sanders were all in a row over how NIL was affecting recruiting as USC and UCLA made the shocking decision to announce plans to move from the Pac-12 conference at the Big Ten conference.

NIL offers and extra pay for college athletes is a relatively new thing, but athletes cashed in. Alabama’s Bryce Young signed a deal with a local BMW dealership, Texas running back Bijan Robinson got a deal with Lamborghini and USC transfer Caleb Williams got a deal with Fanatics Authentic and Beats by Dre after joining the Trojans.

Tim Tebow was one of college football’s biggest stars from 2006 to 2009. He led the Gators to a national championship in 2008. He also won the title as a freshman in 2006. Tebow has received the Heisman Trophy in 2007.

Over the past year, Tebow has partnered with Clean Juice and become the company’s National Brand Ambassador. Clean Juice also announced the first franchise will open in Florida next month. He told Fox News Digital in a recent interview that it’s hard to say if he would have been heavily involved with NIL during his college career, but said there should be “guardrails” in square.

“I think it’s so hard to answer a hypothesis,” Tebow said. “It’s so different, isn’t it? I think part of NIL is really cool. You see so many athletes who are supported. I also think it’s important that we also put in place guardrails for teams and coaches and everyone else to understand the do’s and don’ts.

Tim Tebow was one of college football’s biggest stars from 2006 to 2009 as a quarterback for the Florida Gators.
(Daniel/Icon SMI/Corbis/Icon Sportswire via Getty Images)

“I think there’s still a lot to figure out. I think it’s hard to answer that [hypothetical]but if you were lucky enough to associate yourself with great people like that, it could also be pretty cool.”

The NCAA adopted its interim NIL policy in June 2021, days after the Supreme Court unanimously ruled the organization violated antitrust laws while student-athletes were not compensated.

Tebow said he wasn’t surprised at how quickly NIL took off.

Texas and Oklahoma’s decision to move to the SEC came before USC and UCLA’s decision to join the Big Ten. Additionally, Charlotte, Florida Atlantic, North Texas, Rice, UAB and UTSA moved from Conference USA to the American Athletic Conference while Marshall, Old Dominion and Southern Miss head to the Sun Belt.

Tebow predicted that ultimately college football could be aligned in three conferences.

“I mean, what’s the ACC going to do? They’re going to have an ACC West Coast League? What’s going to happen with all the Big 12 teams, isn’t it? You’ve got the SEC growing, but, you know, there’s got to be so many things going on. There’s so many assumptions. And I’ll be honest, I don’t even think a lot of people are making the decisions even know what’s going to happen right now.”

Alabama is definitely being watched to as favorites to win the national championship year after year. But Tebow said this year they definitely had one of the best teams in college football. He went even further and predicted that the Crimson Tide would take care of the trophy in January 2023.

“If I had to guess now, I’d probably go for ‘Bama. They’re so talented. Literally, probably the best attacking players and the best defensive player on their team,” Tebow said. “They did really well in the transfer portal, got another running back, a few more receivers. Their secondary is going to be really good. Also, on the other side of Will Anderson, you have passers from both sides. It really is a talented team.

“And I think Georgia, Ohio State will all be really good. If Texas A&M can figure out the quarterback position, I think they’ll be really good. There’s a lot of teams that are going to compete. I think the “One of the biggest things for ‘Bama is can you handle the SEC glove? It’s going to be a fascinating season.