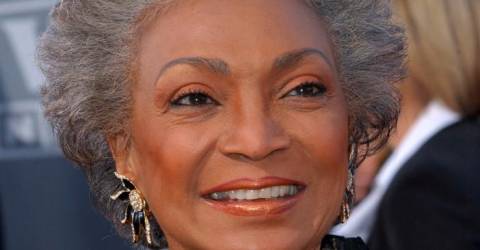 CAST original members star trek came out to pay tribute to Nichelle Nichols, who became a cultural icon for her role as Uhura Communications Manager on the star trek original series and film franchise from 1966 to 1991.

Co-star George Takei who portrayed Hikaru Sulu on the Trek series was among the first to express his adoration. “I will have more to say about the pioneering and incomparable Nichelle Nichols, who shared the deck with us as Lt. Uhura of the USS Enterprise,” Takei tweeted.

“For today my heart is heavy, my eyes shine like the stars among which you now rest, my very dear friend.”

William Shatner, who shared one of the first on-screen interracial kisses with Nichols, also paid tribute to him.

“She was a beautiful woman and she played an admirable character who did so much to redefine social issues here in the United States and around the world,” Shatner wrote. “I will definitely miss her. I send my love and condolences to her family.

In addition to the original cast, the new actress who plays Uhura in the new Star Trek: Strange New Worlds television series also thanked her for leading the way.

Celia Rose Gooding wrote on social media: “She made room for so many of us. She was a reminder that not only can we reach the stars, but that our influence is essential to their survival. Forget shaking the table, she built it! #RIPNichelleNichols.

The most heartfelt tribute came from his son, Kyle Johnson. In an official statement, he wrote: “Its light…like the ancient galaxies seen now for the first time, will remain for us and future generations to enjoy, learn and be inspired by. His was a life well lived and as such a role model for all of us.