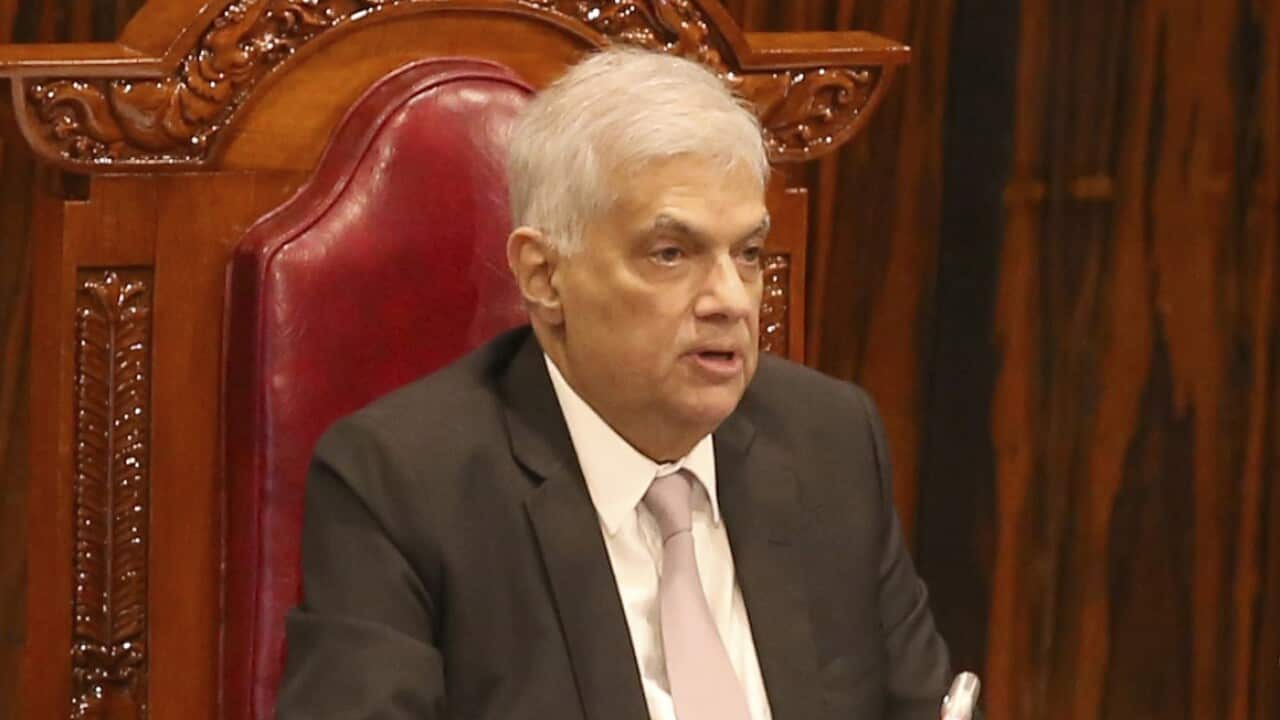 Sri Lanka faces “great danger” with fuel shortages caused by its unprecedented economic crisis expected to continue at least until the end of the year, President Ranil Wickremesinghe warned on Wednesday.
The 73-year-old, who was thrust into power last month after his predecessor Gotabaya Rajapaksa was forced to flee the country and resign after months of protests, said the financial crisis had turned into a serious political crisis.
“Today we are facing an unprecedented situation that our country has never faced in recent history,” he said as a new session of parliament opened.

“We are in great danger.”

Sri Lanka will resume bailout talks with the International Monetary Fund (IMF) in August, Wickremesinghe said on Wednesday, while calling on lawmakers to form a multiparty government to resolve a crippling economic crisis.
In a speech to parliament, Mr Wickremesinghe said constitutional amendments were needed to curtail presidential powers, saying he would meet a key demand from protesters who expelled Mr Rajapaksa.

“The president of a country does not need to be a king or an exalted god above the people. He or she is one of the citizens,” Mr Wickremesinghe said.

The island nation of 22 million is facing its worst financial crisis since independence from Britain in 1948, with its foreign exchange reserves at record highs, and the economy battered by the COVID-19 pandemic and a sharp decline in government revenue.
Angered by continuing shortages of basic necessities, including fuel and medicine, and soaring inflation of more than 60% year-on-year, hundreds of thousands of people descended on the streets in early July, forcing Mr. Rajapaksa to first flee the country and then leave the office.
Mr Wickremesinghe, who was then prime minister, took over as interim president and was later confirmed in office by parliament.

Talks with the IMF for a four-year program that could provide up to $3 billion ($4.32 billion) would resume in August, Wickremesinghe told lawmakers in his first major speech to parliament since his taking office.

The government is working with its financial and legal advisers Lazard and Clifford Chance to finalize a plan to restructure foreign debt, including about $12 billion owed to bondholders.
“We will submit this plan to the International Monetary Fund in the near future and negotiate with countries that have provided loan assistance,” Wickremesinghe said.
“Subsequently, negotiations with private creditors would also begin to reach a consensus.”
A veteran lawmaker whose party held just one seat in parliament, Mr Wickremesinghe won a leadership vote in the 225-member chamber last month with the backing of the country’s ruling party, which is dominated by the Rajapaksa family.

But the new president reiterated his call for a unity government, adding that he had already started talks with some groups.

“I respectfully extend to you the hand of friendship. I invite you in confidence to put aside the past and unite for the good of the country,” Mr. Wickremesinghe said.
Opposition MP Harsha de Silva backed the president’s proposal.

“We need to unite especially multi-party or multi-party government for a limited period to work towards creating this new #SriLanka on a common minimum agenda,” he said in a tweet.

With a provisional budget likely to be presented in a few weeks, Mr Wickremesinghe said his government was working on a long-term economic plan.
This would include reducing public debt from its current level of 140% of Sri Lanka’s GDP to less than 100% within 10 years and creating a budget surplus by 2025. He gave no details. .
Mr Wickremesinghe, who has been accused by activists and rights groups of cracking down on anti-government protesters, said peaceful struggle was a basic right but he would not tolerate violence.

“I will not allow anyone to act outside the law,” he said.