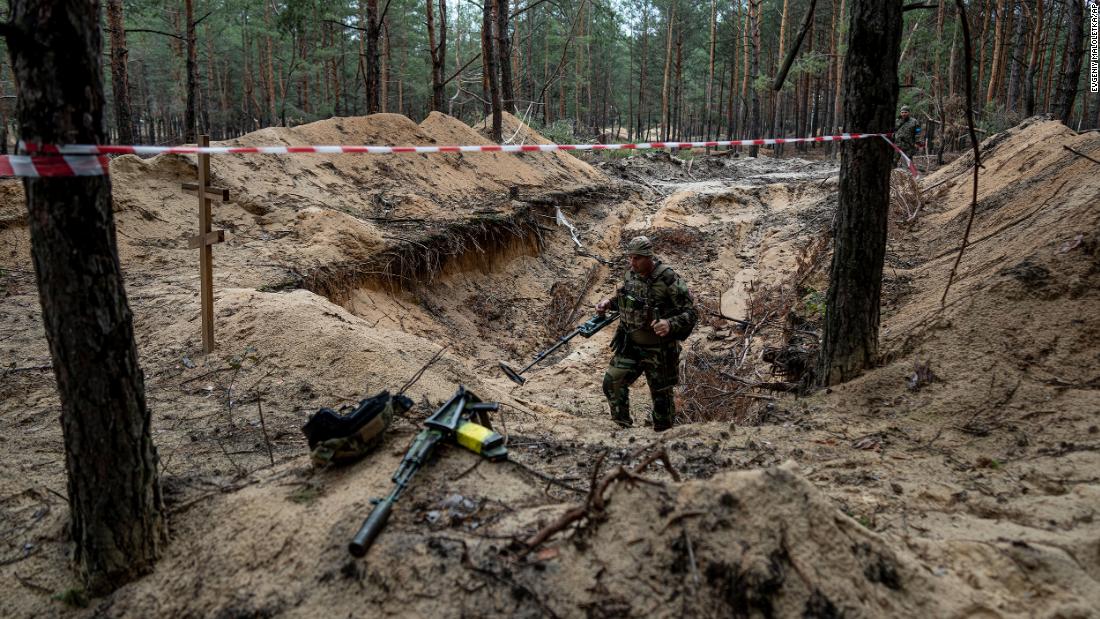 Here are the latest developments:

Horrors in Izium: Ukrainian officials said that at least 440 graves was discovered at a mass burial site in the town of Izium in the recently liberated Kharkiv region. Zelensky said that some bodies showed “signs of torture”, while the governor of the Kharkiv region claimed that “99% show signs of violent death”, adding “there are several bodies with their hands tied behind their backs, and one person is buried with a rope around his neck” .

A UN source said a team will be visiting Izium and surrounding areas soon, and the War Crimes Investigation Team may follow afterwards.

India and China express their concerns: On Friday, Indian Prime Minister Narendra Modi told Putin that “the era of today is not that of war” — a meaningful rebuke from a leader who has remained largely silent on the dispute. And a day earlier, Putin acknowledged Thursday that Chinese President Xi Jinping has “questions and concerns” about the conflict in Ukraine.

Putin speaks of a counter-offensive for the first time: In his first comments following the successful Kyiv counter-offensive in northeastern Ukraine, the Russian leader said that the main objective of Russia’s “special military operation” had not changed and that there was “no rush”.

The Russian bombardments continue: Much of Ukraine’s Kharkiv region was taken over by Ukrainian forces, but the military said the liberated areas were now heavily bombed by Russian artillery, causing a few injuries. Attacks are also taking place in the Luhansk, Donetsk and Dnipropetrovsk regions. 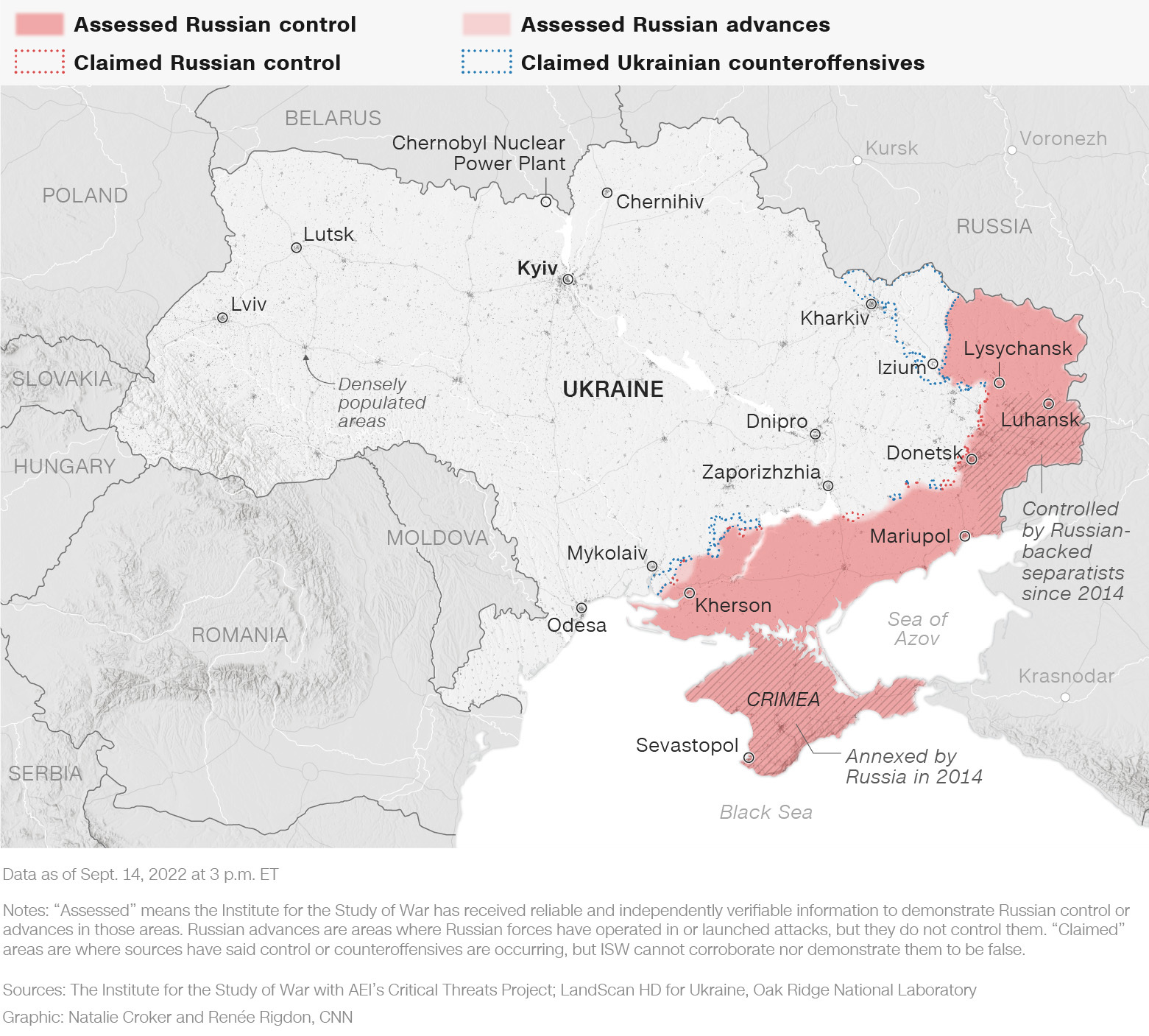 Russian-backed officials died: The leader of the self-proclaimed Luhansk People’s Republic said his prosecutor general had been killed in a “terrorist act”, while the head of the Russian-backed administration in the occupied areas of the Zaporizhzhia region said to the senior official he was killed there.

Biden to meet families of detained Americans: US President Joe Biden will personally to encounter with the families of Brittney Griner and Paul Whelan at the White House today. The administration has said Biden “isn’t going to give up” on bringing Griner and Whelan back to the United States. Secretary of State Antony Blinken also says the question is “at the very top of my priority list”.

US officials express their frustration with the sanctions: US officials told CNN they are disappointed US-led sanctions haven’t had a bigger impact so far on the Russian economy and now predict that the harshest effects are unlikely to materialize until early next year at the earliest.