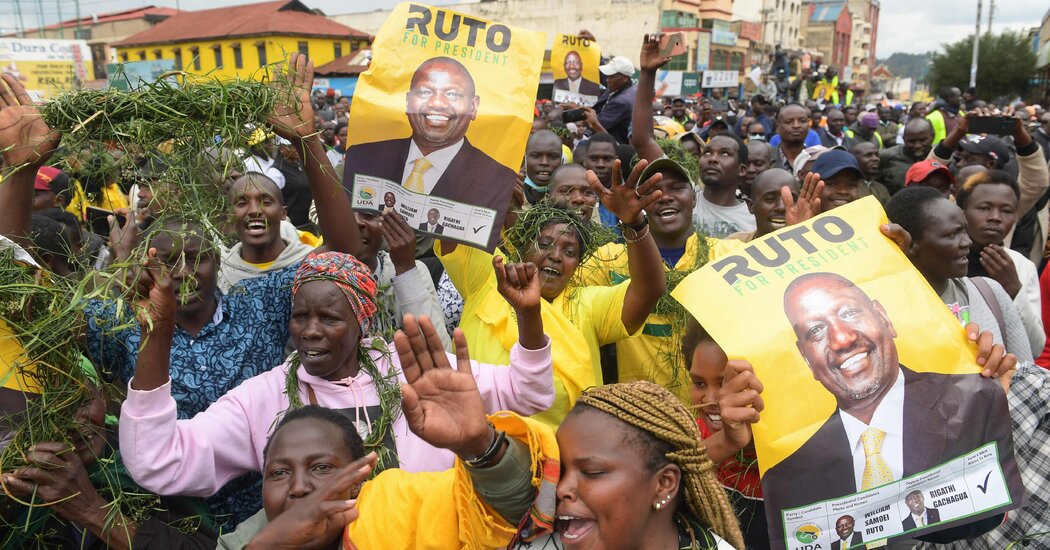 NAIROBI, Kenya – The head of Kenya’s electoral commission announced on Monday that William Ruto, the country’s vice president, has won the presidential election. But the validity of the result was questioned due to a statement made minutes earlier by the majority of the election commissioners that they could not accept the result.

He described the vote as “a very historic and democratic occasion that takes our country to the next level.”

“I know that many are wondering, especially those who have done a lot against us. I want to tell them that they have nothing to fear,” he added. “There is no place for revenge, there is no place to look back, we look to the future.”

The election pitted two of the country’s political heavyweights against each other: Mr Ruto is the country’s vice-president, while Raila Odinga is a veteran opposition member who has lost four previous elections.

Kenya is East Africa’s largest economy, and it is essential not only for the region’s stability, but also as a trade and security hub. The presidential race, Kenya’s tightest since the country’s first truly competitive election 20 years ago, is also being closely watched by Western and regional allies as a key test for democracy in one of the central powers of the Africa.

Mr Ruto, 55, also a wealthy businessman, has presented himself as a champion of Kenya’s ‘hustler nation’ – the disillusioned, mostly young wrestlers struggling to establish themselves.

A deputy chair of the Independent Electoral and Boundaries Commission, Juliana Cherera, speaking on behalf of four of the country’s seven commissioners, said the panel could not take ownership of the results due to the ‘opaque nature’ election management.

Celebrations erupted in the town of Eldoret, a Ruto stronghold, immediately after the announcement, with a deafening cacophony of car and motorbike horns honking, whistling and shouting through the town center streets. The crowd waved posters with Mr. Ruto’s face and donned yellow T-shirts and scarves in his party’s official colors. Many of those celebrating also waved leaves of the sinendet plant, which locals use to crown winners. “We won!” they shouted. “Ruto did it!”