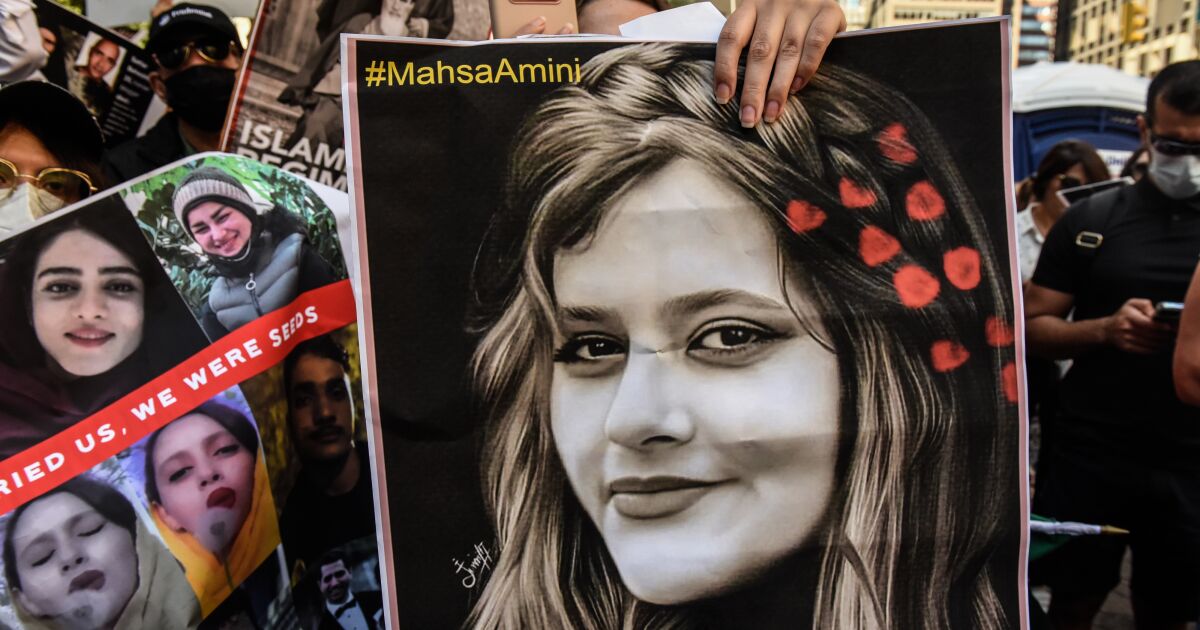 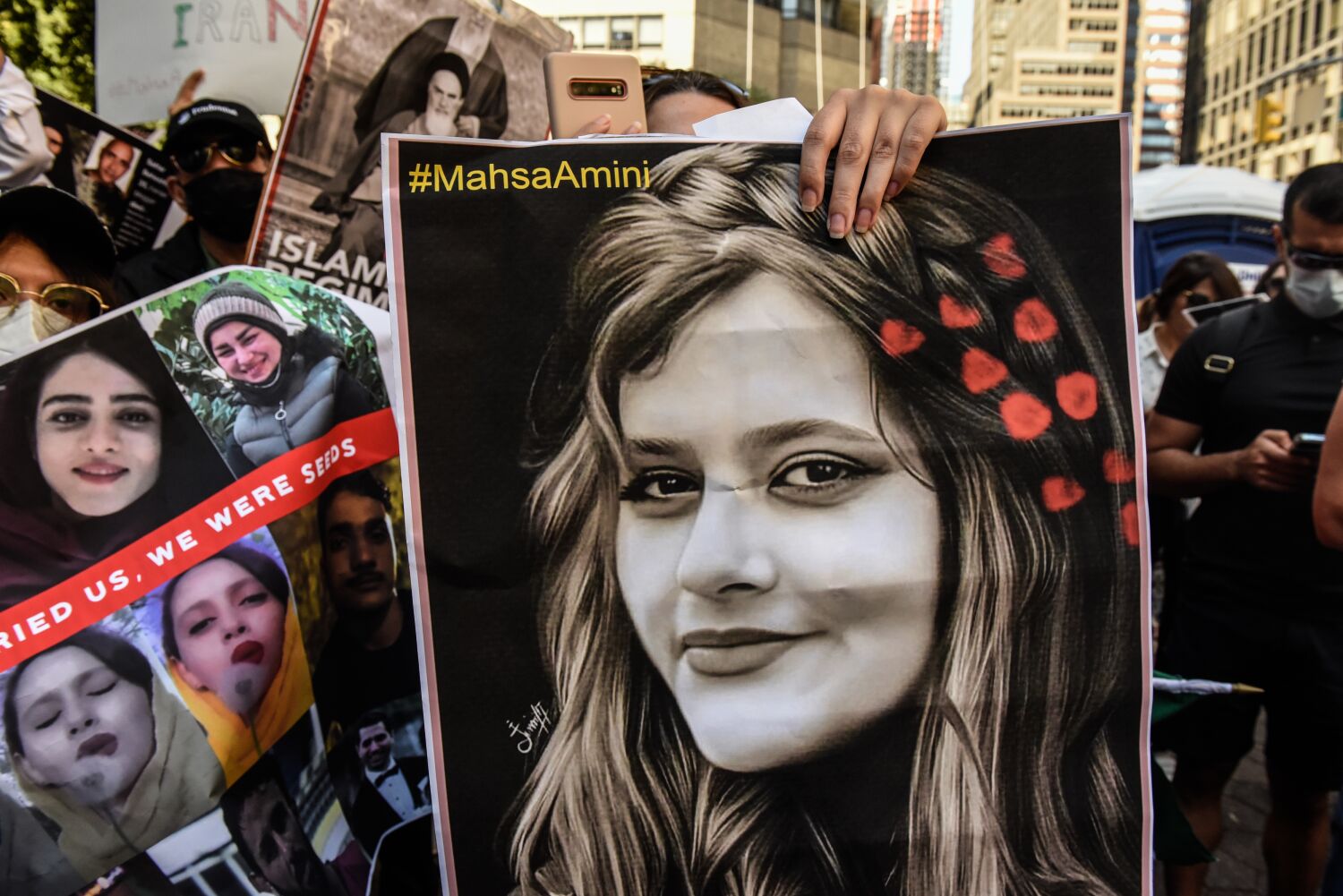 Supporters hold posters with the image of Mahsa Amini, a 22-year-old Iranian woman who died in police custody after being arrested for allegedly violating the country’s hijab rules, during a protest outside the United Nations in New York on Wednesday as Iranian President Ebrahim Raisi was inside.