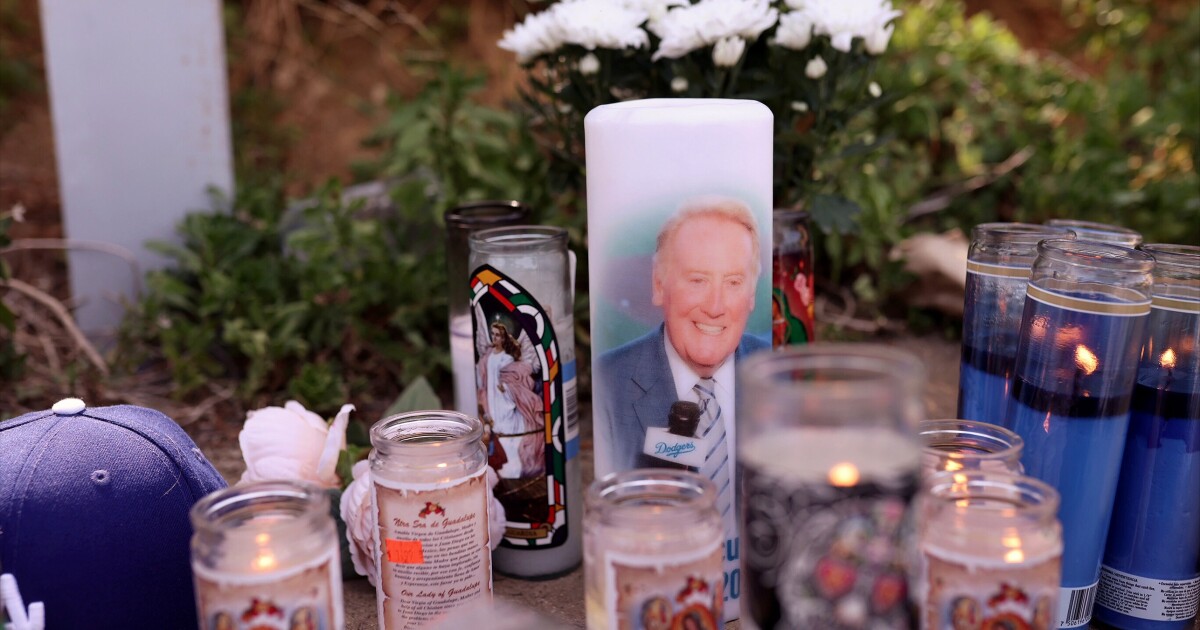 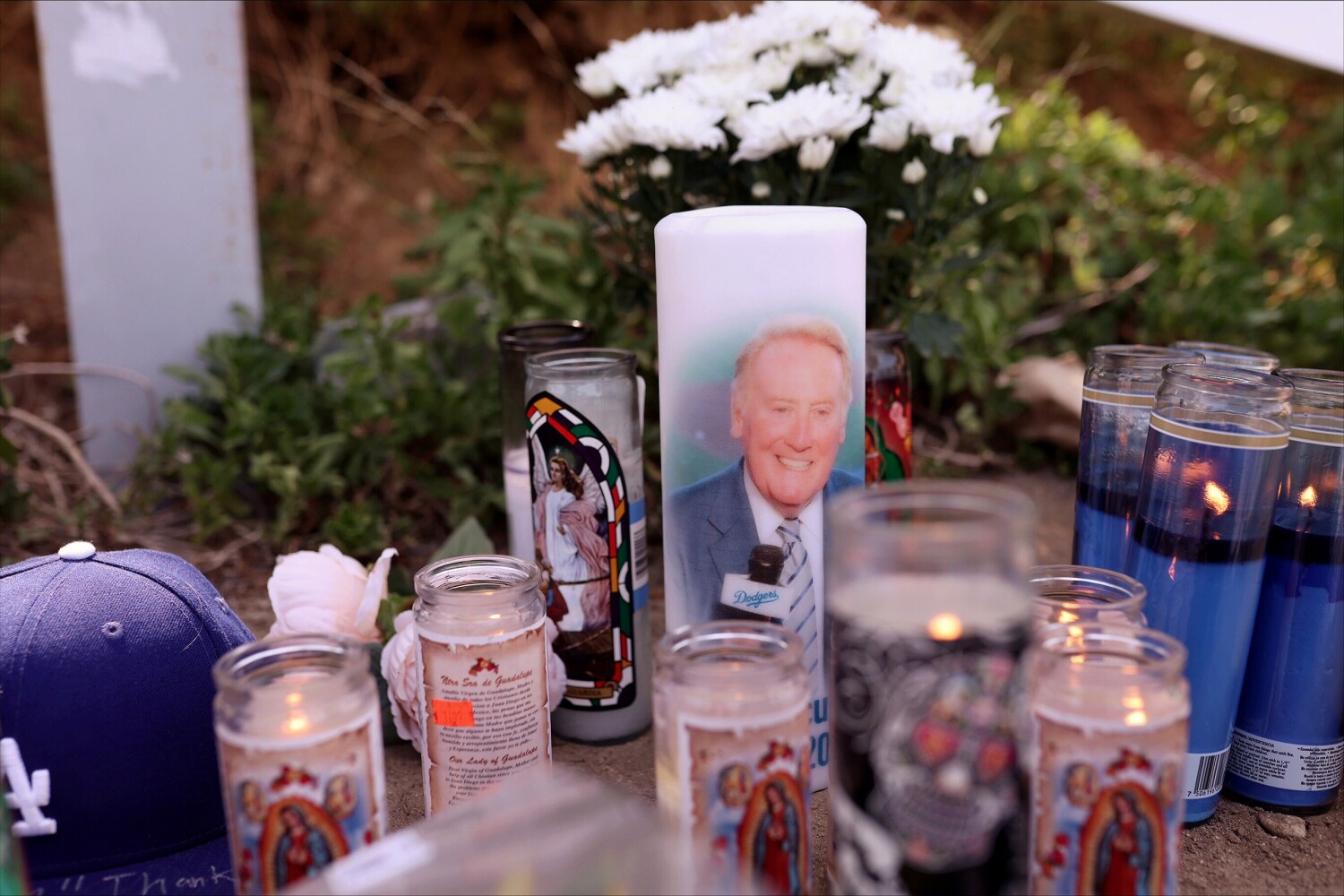 They will write about it – sports commentators and sports historians – and fans, or at least the older ones, will talk about it when they talk about summer and baseball. I will also write about Vin Scully’s voice, that honeyed tenor voice.

It’s June 1961, early evening with light still in the sky, but the room I share with my older brother fills with shadows. Our twin beds have matching Roy Rogers bedspreads, and the wallpaper in the bedroom is a pattern of cowboys roping and riding broncos. Scully’s voice comes from the radio on the chest of drawers within a yard and in a tone that seems to belong to us.

The voice had been higher, its cadence quicker as it announced games for the Brooklyn Dodgers. His voice softened, came to a more relaxed pace in Los Angeles.

We all know the ability of radio to create intimacy. And so the radio effect is part of the reason I so clearly remember those June evenings (absurdly early to bed it seems now), listening with my brother until he was overwhelmed by sleep as that voice – often down to earth but at times with feeling – called the game.

We weren’t particularly Dodgers fans, and neither were our New York-born parents, although we saw the Dodgers play at the Memorial Coliseum in Exposition Park that summer in 1961. I read the Los Angeles Times every mornings in front of a plate of two fried eggs. and two strips of bacon, so I knew something about the team and its position in the league. I knew something because I had read about it in Jim Murray’s column in the sports section. I read Murray and Jack Smith and other Times columnists and added the rhythm of their voices to Scully’s in my mind.

A 12-year-old boy’s loyalties are mostly tribal, so listening to ball games had a private dimension. Scully was Catholic (like my family) and graduated from Fordham College (my father’s school). I imagined he was one of us.

There are other Dodger voices, of course. Jaime Jarrín has been the Spanish voice of the team since 1959, creating a parallel Los Angeles from balls and strikes and commenting on the qualities of this place. The twin cities of Los Angeles that Scully and Jarrín created with their voices may seem like different cities, but their borders aren’t policed. Sound travels.

There will be those who remember specific games in Vin Scully’s voice, how he called a game-changing game, how a favorite story would continue through a succession of plots. I will remember the summer evenings and the radio in the soft light. I will remember poetry.

DJ Waldie’s most recent book is “Becoming Los Angeles: Myth, Memory, and a Sense of Place.”