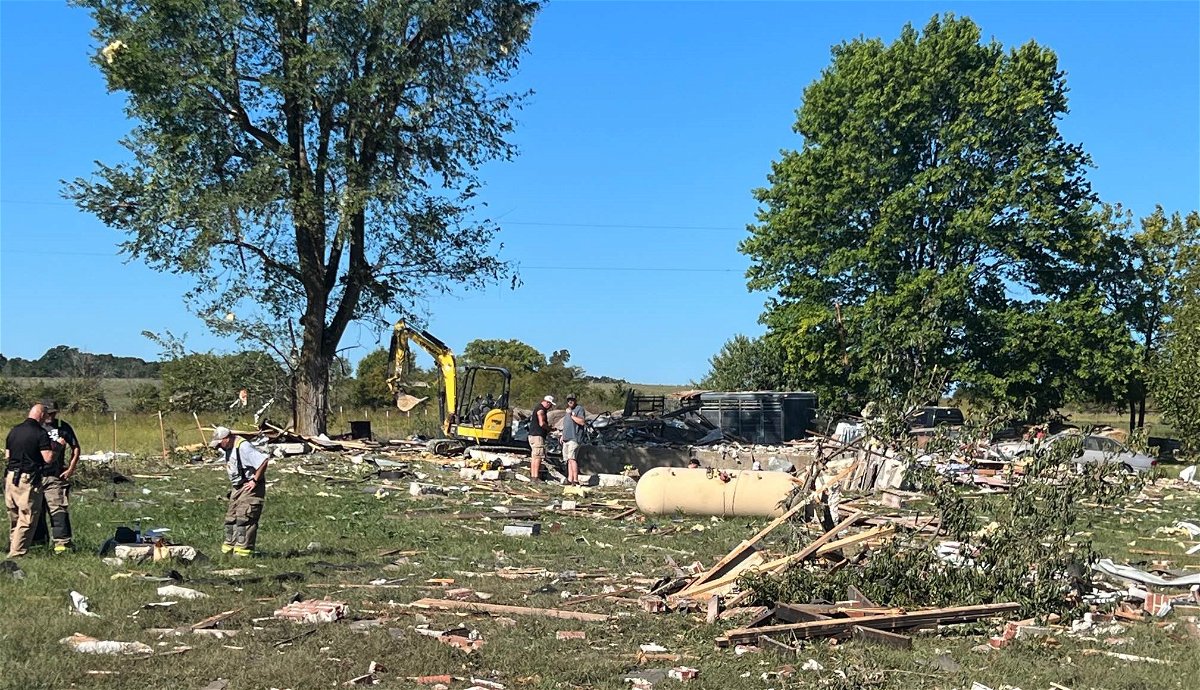 EDITOR’S NOTE: The name of a news source has been corrected.

A 58-year-old man was killed Tuesday morning in a house explosion near Vienna.

First responders were dispatched to the man near Highway V in Maries County around 3 a.m., John said, and attempted to confirm whether Boeckman was home at the time of the blast.

‘We were able to confirm around 6am that he was home, firefighters got equipment to the scene and searched the resident until they found his body,’ John said.

Boeckman’s body was found in the basement. An autopsy will be performed in Colombia.

Investigators believe a propane tank is what triggered the explosion.

“You can tell by looking at it it’s a very large compressed explosion, suspected to be propane as the fuel source for which ignition is still being determined,” John said.

The blast scattered debris over a large area, including in the trees around the house. A mattress, pillows, bricks and family photos were visible in the debris that strewn the area.

Leeann Lee, who lives nearby, said she felt the explosion and it woke her up.

“It rocked all the pictures in my house, it was pretty scary,” Lee said.

Sheriff Chris Heitman shared on facebook that the Missouri Propane Commission and the Missouri Fire Marshal’s Office participate in the investigation. Foul play is not suspected, I wrote.