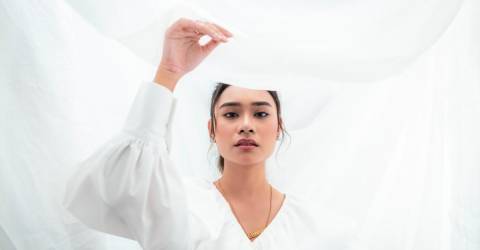 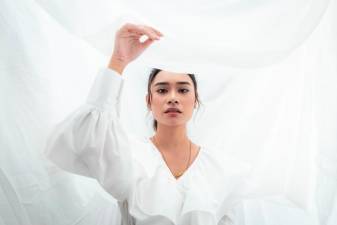 SO a lot has happened for Athalia Buswani since she joined TikTok three years ago. For one thing, the 19-year-old has become a star on the social platform, boasting over 758,200 followers alone. But aside from her success on TikTok, Athalia has also been making waves as an artist.

In fact, the singer recently made her first musical mark with her debut single, We’re climbing. And the tune which is under Universal Music Malaysia and Lion Music Group has been very well received by fans and critics alike.

In just one month, the music video has racked up over 87,000 views online. And the initial clip where the singer first teased the tune, amassed over 260,000 views on TikTok.

In an exclusive interview with the Sun, the singer talks about her new musical success and the inspiration behind it We’re climbing.

Congratulations on the release of We’re climbing! What’s it like to switch from TikTok to music?

“Honestly, it’s natural. Ever since I was 14, I’ve always competed, especially in high school. I’ve always done covers as well and I post them online like on YouTube and such.

Were you nervous about the release?

“Yeah. I felt really nervous because I had a single before but it was all on its own. Even though it was exciting at the time, I didn’t really feel as much excitement as what I felt with, We’re climbing. It’s because it’s my first single that was professionally done.

“It’s under Universal Music Malaysia, which is definitely like the top where I’m like, ‘Oh my God, this is amazing.’ And so, I was nervous about releasing it. And another thing that made me nervous was that I wrote the song with my producer, Bryan.

“And the lyrics and the song is something that I can relate to because I was actually in the situation that I wrote We’re climbing. So in releasing something you’re dealing with, I felt like I was telling a secret. So, that was exciting, but it all happened and it’s fine now.

What is We’re climbing everything on?

“We Go Up is basically about a complicated friendship. It’s like a love and hate relationship. It’s one of those relationships where you’re good with someone and you act like you’re dating and that you were in love, but at the same time, you don’t know what you are. Like how it’s very complicated. So basically, that’s what it’s about.

What inspired the melody and lyrics?

“There’s a part in the song that says, ‘I’m so blue. I feel out of my mind, because I love you, but I don’t know how to try.’ So when it happened, at some point, I wanted to make it sad or happy?

“But I’m the kind of person where no matter how sad or heartwarming or heartfelt or heartbroken the lyrics are, I still want to make it an upbeat beat. Really like to get people excited when they listen to it.

“So when we released a melody, I felt we had to do something joyful. As for the lyrics, I thought I’d write about a situation that I could relate to and that is, well course, the complicated friendship of love and hate.

Are you still in this phase?

“Well, honestly, I kind of got over it. Yeah, I finally worked things out. In fact, when the song came out, the person was like ‘Woah, okay, you literally wrote a song about me. It’s crazy that you’re telling your story to the world. It’s crazy!'”

what do you hope for We’re climbing convey about you to listeners?

“I really hope We’re climbing would help listeners get to know me better and know that I have a lot of stories to tell. And I would really like them to know how I do my songs. That’s because it’s not just based on random songs I just sang or random beats.