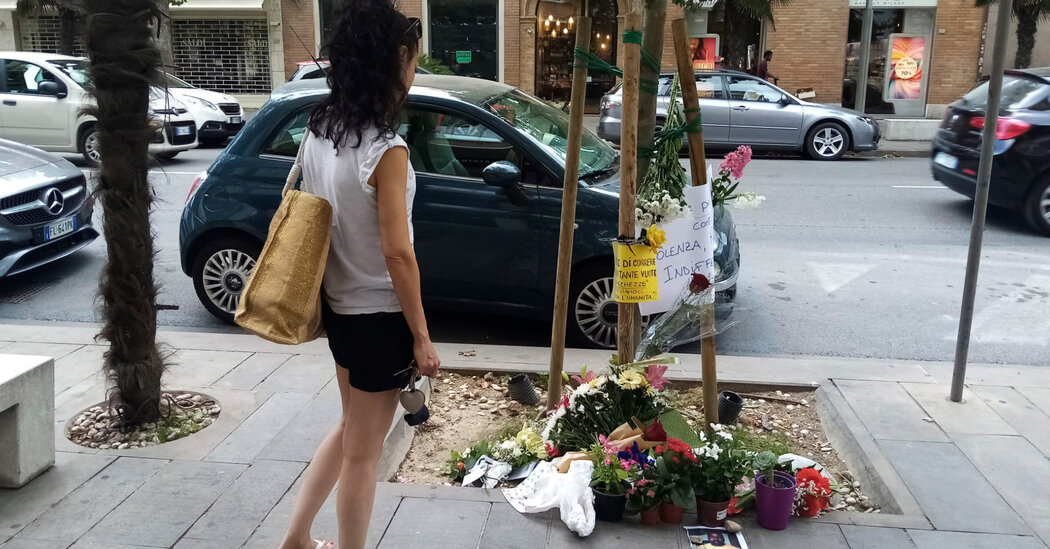 Mr. Ferlazzo, a 32-year-old factory worker, is being held for homicide and robbery because he took Mr. Ogorchukwu’s mobile phone after the incident. Matteo Luconi, the Macerata police chief investigator overseeing the case, said in a phone interview that an autopsy later this week would establish the cause of death. Nothing emerged from their investigations to suggest “elements of racial hatred”, he added. A statement issued by the police said the “motive for the murder” appeared to be due to “small reasons”.

In addition to its violence and the passers-by, the murder struck a chord because the Marche region, where Civitanova is located, has been the scene of heinous crimes against migrants. In February 2018, a right-wing Italian sympathizer shot and wounded six African immigrants in Macerata, about 30 km from Civitanova Marche, marking the town as a stronghold of intolerance. Two years beforea Nigerian man has been killed in the town of Fermo, just south of Civitanova, after he tried to defend his wife against racial slurs.

The Italians left bouquets of flowers, potted plants and hand-scribbled notes at the scene of the fatal beating. “Stop Racism” read a note.

In an email, Mr. Ferlazzo’s lawyer, Roberta Bizzarri, said his client, his girlfriend and his mother “all felt pain” because of what happened, adding that Mr. Ferlazzo, had “clear psychiatric disorders, a recognized borderline diagnosis”. She also said that “this very sad story” was “not a case of racism”.

Fabrizio Ciarapica, the mayor of Civitanova Marche, met with Mr. Ogorchukwu’s widow on Saturday and on Sunday the municipal administration approved a motion to help the family. Funds have been set aside to help pay for the funeral and a bank account has been opened for donations. “The community is always ready to reach out to those in need,” Mr Ciarapica said in a statement sent on Sunday.

The mayor also pledged to “protect the image and values ​​of Civitanova, which has always been a civilized, welcoming, generous, peaceful and supportive city and which is appalled and distressed by a matter foreign to its character and its soul”.