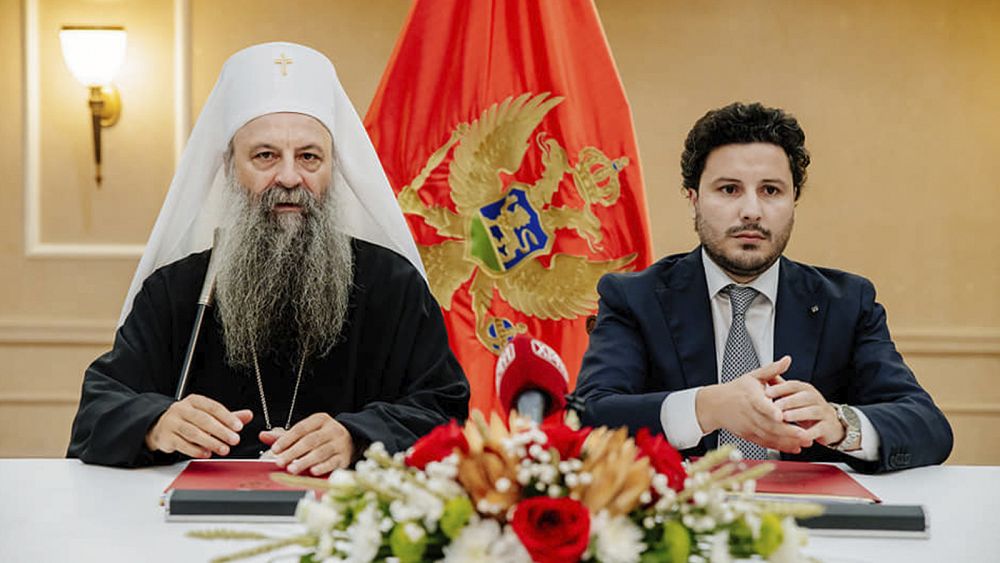 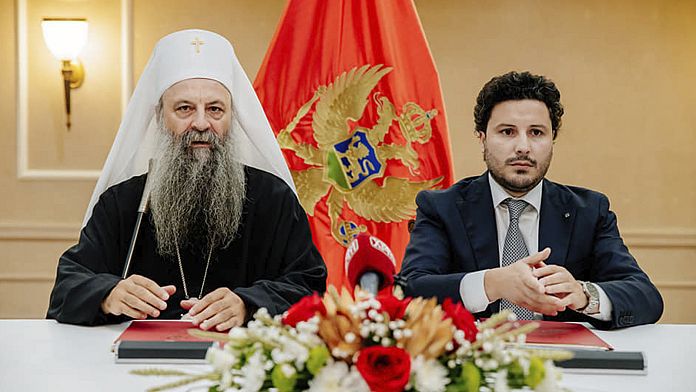 The Montenegrin government and the Serbian Orthodox Church signed a controversial ownership agreement on Wednesday, sparking protests and demands from the opposition for an immediate parliamentary vote of no confidence.

This could see the government led by Prime Minister Dritan Abazović and his liberal Green party, URA, fall just six months after coming to power.

The contract allows the Serbian Orthodox Church to take what it claims is its property in the small Balkan country, including valuable plots of land, but also churches and monasteries that Montenegrins believe belong to the canonically unrecognized Montenegrin Orthodox Church.

Despite earlier claims that he did not know when the contract would be signed, Abazović met in secret with the head of the Serbian Orthodox Church, Patriarch Porfirije, in the capital Podgorica, local media reported.

Abazović informed the public about the signing on his social media after the fact.

In a video posted to the government’s Facebook page, Abazović, seated next to Porfirije, said he was “proud” the contract could end a long-standing issue.

“I think it sends a message of peace and tolerance,” the prime minister said.

Porfirije, who reportedly secretly arrived in Podgorica on a Serbian government plane earlier on Wednesday, thanked Abazović and said “it’s a luxury to waste time on our differences.”

A tense government session soon followed the signing, with Foreign Minister Ranko Krivokapić one of the cabinet members disagreeing with Abazović’s act.

The country’s top diplomat said the prime minister had “as much right to ratify the deal as my own grandmother did” and that the Montenegrin parliament was the only body with legal powers to negotiate the deal.

According to Krivokapić, the agreement “was [signed] at the expense of all pro-European citizens of Montenegro”, and “it was neither pleasant nor appropriate to welcome someone who broke into your house with a silver tray”.

Meanwhile, dozens of people gathered outside Villa Gorica where the signing took place to express their concern over the contract.

One of the main opposition parties, President Milo Đukanović’s DPS, has called for a parliamentary vote of no confidence. Other parties, such as the Democrats and the SDP, said they would support Abazović’s dismissal.

If successful, it would mean the country of some 600,000 people would find itself with a fourth government in less than three years.

The parties have also promised to suspend the contract, with the Liberal Party demanding that the Constitutional Court rule on its legality.

In recent times, Montenegro has been going through a tumultuous political period triggered by Đukanović’s proposed religion law, intended to effectively reverse the takeover of what was once Montenegrin church property and return it to the ‘State.

The original DPS-proposed law passed in late December 2019 — dubbed the “Religious Freedoms Act” — pledged to return all property granted to the SOC after 1918, unless they had proof of ownership before that. year.

This sparked a series of major protests called “litije”, led by prominent members of the Serbian Orthodox Church and ethnic Serbian political actors.

The protests, which have continued throughout the pandemic, have seen the rise of Zdravko Krivokapić, a university professor who quickly became Montenegro’s next prime minister.

However, the government was eventually overthrown by Abazović and other coalition members in February, who cited Krivokapić’s lack of progress on vital reforms and the country’s path to EU membership, as well as presumed nationalist positions and general obstructionism.