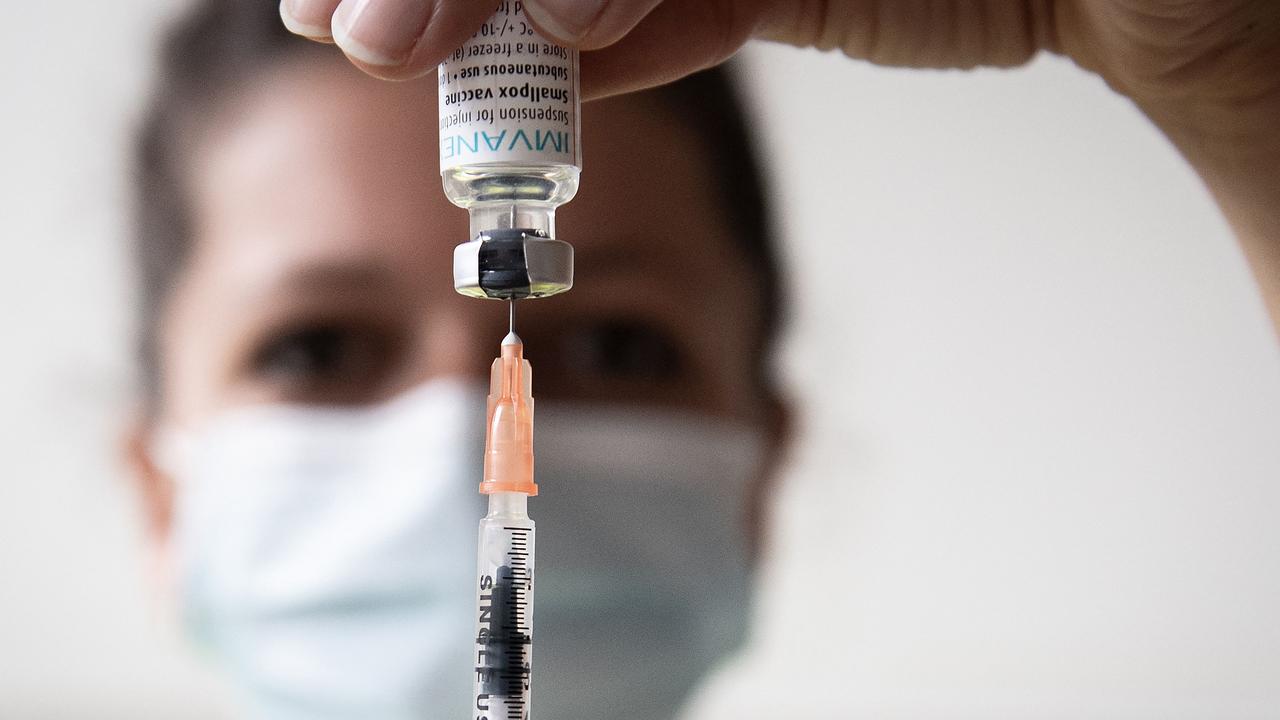 There are now 58 people with the virus in Australia, The conversation reports

This means that the federal government can help states and territories, for example by making antivirals or vaccines available through the national medical stock. It also signals the seriousness of the epidemic and the need to control it.

Sexual health expert Dr Nick Medland, ASHM president and researcher at the Kirby Institute, has revealed that at least 75,000 Australians will need to be vaccinated before the outbreak begins to slow.

“(The virus) may not be eliminated until 250,000 doses have been given to those who need them most,” he said.

“We know from Covid-19 and HIV that our responses to infectious diseases are only effective when clinicians work hand-in-hand with those most affected.”

The rollout of the vaccine will begin in New South Wales on Monday, with those most at risk gaining access to the first 5,500 doses.

Most Australian cases are in New South Wales and Victoria, most through travel but some through community spread.

Overall, we have gone from a few hundred to more than 23,000 cases in three months, with the United States overtaking European countries for having the highest number of cases.

The epidemic is still spreading widely in communities of men who have sex with men, with more than 98% of cases in this group.

Abroad, the rate of concurrent sexually transmitted infections is around 30% and HIV around 40%. The rate of HIV infection is much lower in Australia, reflecting the success in the fight against HIV.

What is the new vaccine?

The third generation non-replicating vaccine is the preferred vaccine against monkeypox. It has less risk of serious side effects than second-generation vaccines and can be given safely to people with weakened immune systems.

Australia didn’t stock them before the outbreak, but the new announcement is a welcome move.

The vaccine Australia has just purchased is made by Danish biotech Bavarian Nordic. The only other non-replicable vaccine is Japan’s LC16m8, and scaling up production is difficult, so supplies are limited.

Monkeypox is closely related to smallpox, and smallpox vaccines protect against it and other orthopoxviruses.

Smallpox vaccines are made from vaccinia virus. Both first and second generation vaccines replicate in the body, so if someone is immunocompromised, the vaccinia virus can spread and cause serious illness.

These vaccines can also cause myocarditis and pericarditis in 1 in 175 vaccinated people as well as rarer serious side effects.

First generation vaccines such as Dryvax were used for smallpox eradication until 1980 when smallpox was declared eradicated but contained impurities as it was made on the skin of calves.

Second-generation vaccines, like ACAM2000, are made from cell cultures and are purified. However, these also replicate in the body and have the same side effects.

First- and second-generation vaccines are given in a single dose with a double-pointed needle that scrapes the skin. A scar forms on the site, which indicates that it worked.

Third-generation vaccines require two doses and are given like other vaccines, and leave no scar.

The vaccine advisory body, the Australian Technical Advisory Group on Immunization (ATAGI), recommends that the following people be prioritized for the vaccine:

high-risk monkeypox contacts in the past 14 days, including men who have sex with men who have recently had a high number of sexual partners or group sex, and those living with HIV

anyone in high-risk groups planning to travel to a country with a large outbreak of monkeypox.

Similarly, antivirals for smallpox (and monkeypox) were not stockpiled before the outbreak, but should be available. There is also an immunoglobulin vaccine (antibody therapy) to treat people with a serious infection.

This epidemic is different

We don’t know much more about the genetic changes of the virus, except that there are more than 50 mutations. The virus appears to have mutated continuously – and rapidly.

It is possible that some of these changes are responsible for the rapid spread of the virus and some new symptoms. Development of the rash around the genitals and anus is much more common in this outbreak than in the classic presentation of monkeypox where the rash usually appears on the face, hands, and feet.

Asymptomatic infection can also occur in those vaccinated, but none of the three men have been vaccinated against smallpox. Yet this does not adequately explain the spread of monkeypox around the world.

So far, the epidemic has not spread widely outside of gay and bisexual men, and the death rate has been very low. Most deaths have occurred in children in African countries where monkeypox is endemic. This means that it is found in the animal populations of these countries and causes epidemics when the infection spreads from animals to humans, and sometimes between humans.

To date, there have been a handful of deaths in non-endemic countries like Brazil, India and Spain.

Cases in children have occurred in the United States and Europe. The risk of serious outcomes and death is much higher in children, so it is important to control outbreaks well.

Australia should be able to control it

It is important to ensure that the virus does not establish itself in animal hosts, which constitutes a risk if the epidemic becomes very large. Rodents are the primary host for this virus, but a range of other animals, including monkeys, can be a reservoir.

It is not yet known whether native Australian animals are susceptible to monkeypox. The virus is excreted in faeces, so environmental contamination poses a risk of the virus entering waterways and thus infecting animals.

Australia should be able to control monkeypox, building on our successful response to HIV.

This article originally appeared on The conversation and has been republished with permission.