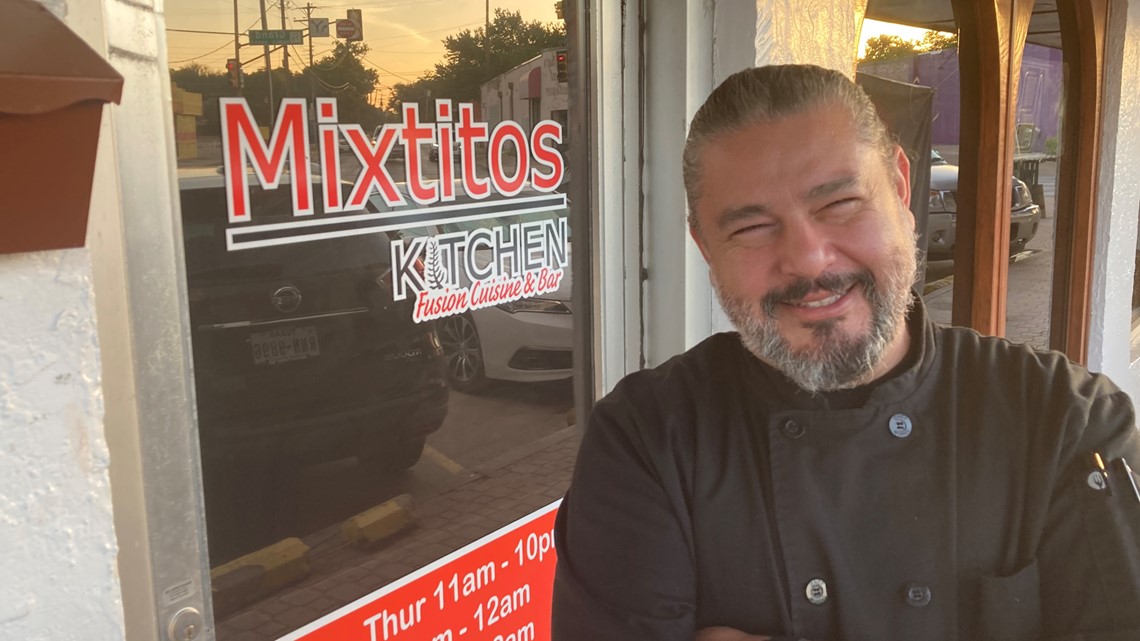 “When we cut that ribbon, it was a dream come true. An explosion of emotions right there,” Jose Luis Rodriguez said of the Mixtitos Kitchen opening.

Several months ago, however, his first dream wasn’t exactly taking off. I tried one of those “ghost kitchens” where you rent a kitchen space and only fulfill online and takeout orders.

“It is conviction that keeps me going,” he told me then.

But his conviction, and his dream, was that he would one day have his own restaurant.

He came to America from Mexico 22 years ago and settled in Dallas.

“Just have a better life. Get educated,” I said.

And spent all those years as a waiter, as a waiter, working for other people. His real dream was to be a chef and own his own restaurant.

Well, last month the doors opened to Mixed cuisine at the corner of Grand and Samuell in East Dallas. This is where you can find Jose Luis behind the bar, leading a team of cooks and sous chefs in the kitchen, and constantly circling the dining room to greet customers.

“You don’t have to cook anymore. Let us do it for you,” he joked with one of his first customers. “It’s great to have you here, my friends. Absolutely anytime.”

And that’s where you can find his dream starting to come true.

“I’ve always put myself and put this as one of my mantras, hard work pays off. And that’s what I did.”

He and his family, his wife, daughter and a sister-in-law all work at Mixtitos. They took an old restaurant space, remodeled it, reinvented it, and turned it into their own. And they commissioned a mural for their center stage. A winding road through a small town shows a Mexican staring across the square at a Japanese woman: it would be Karina, the wife of José Louis.

“I firmly believe in his talent,” said Karina Totsuka, whose mother was Mexican and father Japanese. “And I know I know how capable he is. That’s why his dream became mine. Because I believe in him.”

“This wonderful sandwich, its name is Croque monsieur,” Jose Luis said of one of his most popular dishes. “All in one bite. It’s reflected there,” he said of a toasted sandwich “bathed in a bechamel sauce stuffed with diced meat and Swiss cheese.”

Just as they mixed a Mexican, Japanese and American family, he likes to say, concocting their American dream.

“And the American dream, that can be possible if you put yourself in that situation and that position, I think you can achieve whatever you need, whatever you want, and that’s possible here in America.”

And he admits he hopes Mixtitos Kitchen can help deliver something else too.

“My hope when I see this beautiful corner of Dallas,” he said of the intersection of Grand and Samuell, “we thought we’d bring light to this neighborhood. A little light on this side of the Dallas corner.”

“The love, appreciation and support from the community, from people like all of you, is amazing,” said her sister-in-law Yoshiko Totsuka. “It fills my heart and makes me wake up every day ready to serve them with a smile and the best dishes here at Mixtitos.”

So, with his sister-in-law Yoshiko and other family members helping set up Mixtitos Kitchen, there’s a belief in a success story brewing around the corner of Samuell and Grand.

“I’m a big believer,” said Jose Luis. “So God works in mysterious ways. And he directs you to different people. And now we’re here with great expectations and great things that we can create and it’s amazing. Those feelings are exceptional.”

And he hopes the food, you’ll find exceptional, too, as an American dream takes shape…one croque monsieur at a time.

“I have no words to explain how wonderful it is. It’s so good,” Jose Luis said.