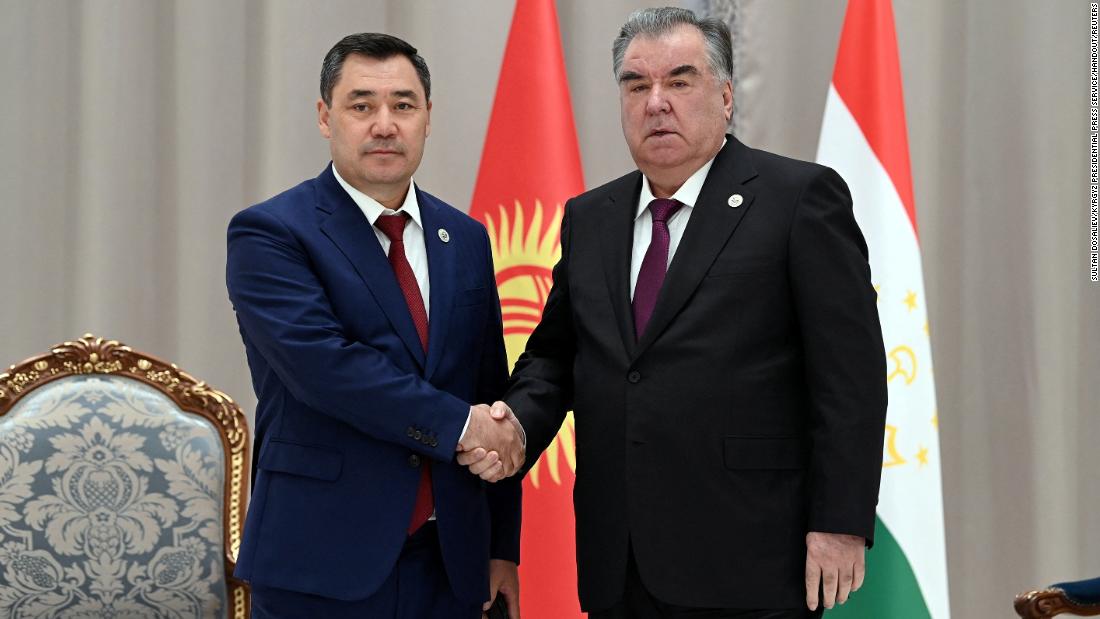 At least 100 people were killed between September 14 and 16 in fighting involving the use of tanks, aircraft and rockets on a disputed section of the border in Kyrgyzstan’s Batken province.

“We are continuing our efforts to resolve the Kyrgyz-Tajik border issues in a purely peaceful manner,” Japarov said in a televised address on the occasion of a national day of mourning.

“Another point I would like to mention: I urge calm among the men and young people who are ready to go to Batken… We have brave warriors and enough forces to repel those who violate our borders.”

Japarov also asked Kyrgyzstan not to trust “provocateurs who slander our strategic partners, friendly nations and peoples who share our position”.

Separately, Russian news agencies reported that Kyrgyzstan and Tajikistan agreed to withdraw additional military equipment and forces from the border, citing a statement by the head of Tajikistan’s Sogdiyskaya region.

Kyrgyz authorities also said they negotiated on Monday the release of four border guards who were captured by Tajik troops during the conflict.

Tajikistan’s foreign ministry said on Monday that the key to resolving the conflict lay in negotiations, and it reiterated its position that Kyrgyzstan was behind the fighting.

Deputy Foreign Minister Sodik Emomi told a briefing that ethnic Tajiks who were not Tajik citizens were being detained in Kyrgyzstan and that Kyrgyz drones were spotted flying in Tajik territory during the night.

Border issues in Central Asia largely date back to the Soviet era, when Moscow attempted to divide the region between groups whose settlements were often located among those of other ethnicities.

Emomi said there had been more than 230 border incidents between Kyrgyzstan and Tajikistan over the past 20 years, and the latest conflict was at the center of an area covering 2,000 square kilometers (772 square miles).

The former Soviet republics of Kyrgyzstan and Tajikistan are both allied with Moscow and host Russian military bases. Russia has avoided taking sides in the conflict and has urged the parties to resolve it peacefully.