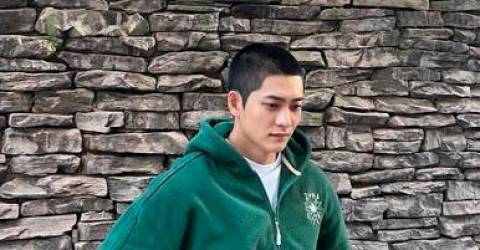 THE Netflix series Extraordinary Prosecutor Woo, about an endearing lawyer with autism, was an instant hit. It catapulted its two leads Park Eun-bin and Kang Tae Oh to international stardom.

However, it looks like Kang will have to take a break, as he will be joining a military training center in order to do his national service.

On September 19, a day before officially joining the military, Kang said goodbye to his fans and thanked them for their love. He also shared a photo of his recent army-ready haircut on his Instagram.

He wrote in the caption, “I thank everyone for their support and abundant love. I will be back bravely. See you soon.”

Kang’s next step will be to receive basic military training for four weeks. After that, he will serve as an active duty soldier for 18 months.

Kang’s service is set to be completed and he is expected to be released on March 19, 2024.