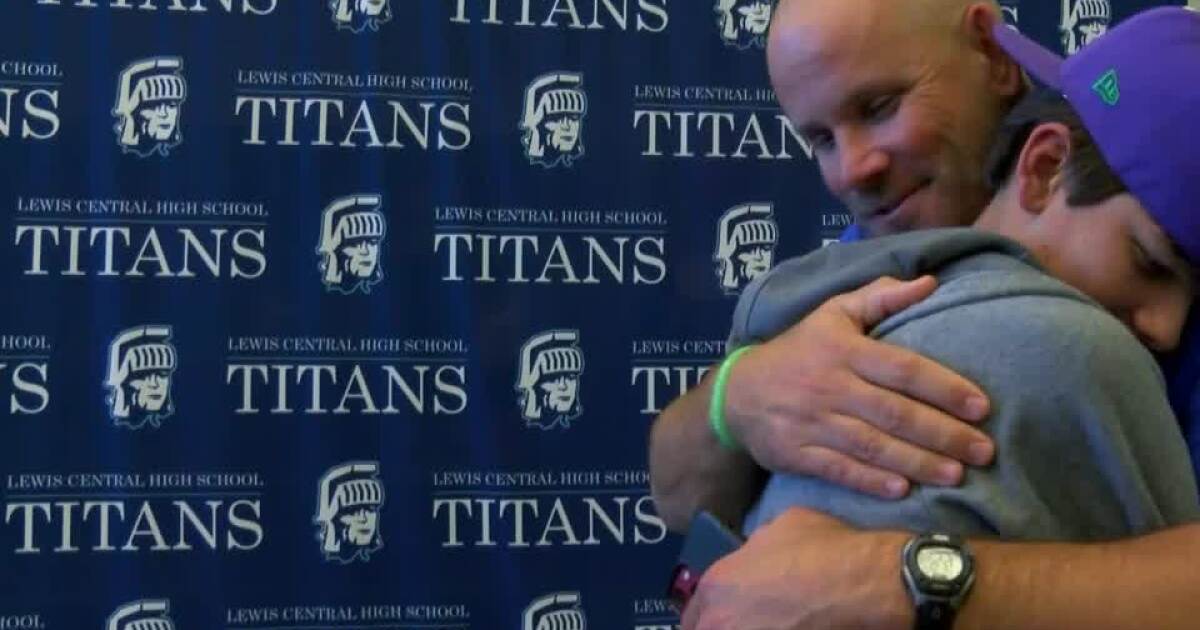 COUNCIL BLUFFS, Iowa. (KMTV) — At first glance, Joe Miller might look like a typical high schooler, but this past year has been anything but typical for him and his family. He is living with the effects of liver cancer.

“It’s super rare, in fact the doctors said they’ve never seen it. It’s usually cancer found in young children or babies and I had it when I was 16,” said said Joe.

He missed his entire second year due to chemotherapy and months in the hospital. Earlier this year, I received a liver transplant.

“It’s been a long journey for our family and one that still continues,” her father Dan Miller said.

After a rough year, family friend Jason Kaiman stepped in and made a huge move. Since Joe is an avid University of Michigan fan, Kaiman paid for a dream trip to Ann Arbor. He took care of everything from hotels and equipment to passes.

“Last weekend we got pre-game and post-game passes, and our seats were right behind the Michigan bench, about three rows up,” Joe said.

“I kicked him out before the game, got to talk to him a bit after,” Joe said.

For Kaiman, granting the wish was a no-brainer, calling the Michigan games “life-changing” and “electric” for fans like Joe.

“I got reimbursed…a hundred times more for the money I spent. It’s just an amazing thing,” Kaiman said.

Dan thinks Kaiman’s good deed reflects Joe and his good heart, which he maintained despite all his challenges.

“The things that he had to go through, a 16-year-old is not supposed to have to go through. Unfortunately, cancer finds the best,” Dan said.

Joe’s mom says he smiled for 72 hours straight. While still undergoing treatment, she reminds us, “the world is full of gracious and generous people.”