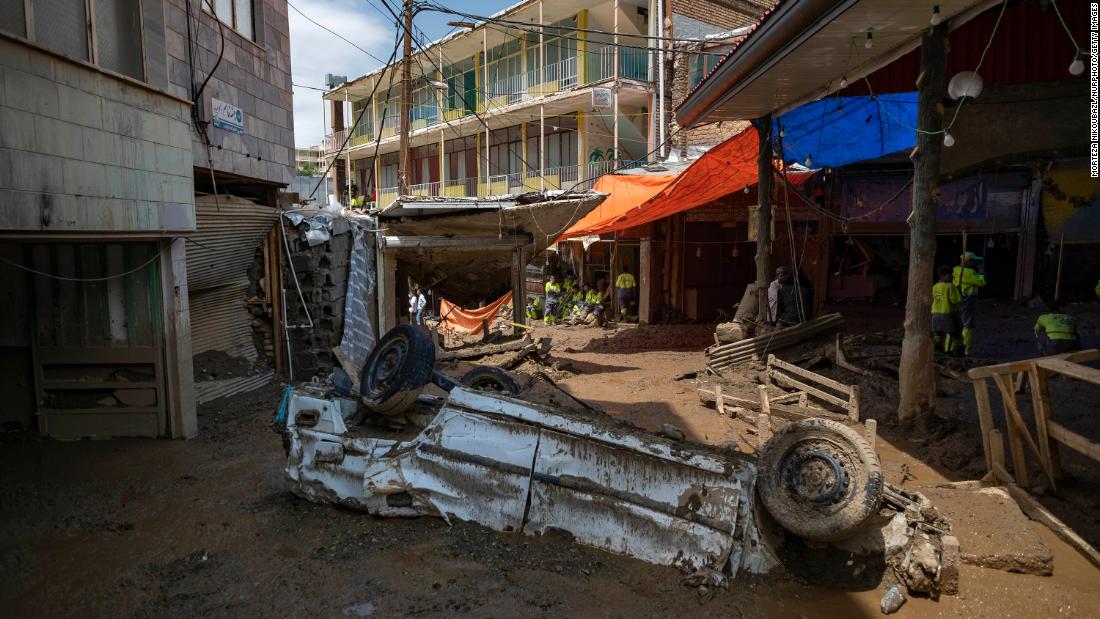 Nezhad Jahani, a senior official with the organization, said at least 45 people are still missing in Tehran and three other provinces following the recent floods, which damaged at least 20,000 homes.

More than 20 provinces, including Tehran province, were affected by floods caused by heavy rains, the semi-official Fars news agency reported. Several major airports and highways have been closed and thousands of people evacuated.

State media said Iranian President Ebrahim Raisi had asked ministers and governors to prepare measures that would minimize damage from the floods, as the Iranian Meteorological Organization warned that the rain would continue in several provinces.

Iran has been battling deadly floods and landslides for two weeks, including in the south of the country. The Red Crescent said the damage in the southern province of Fars was caused by the flooding of a dam on the Rodbal River near the town of Estahban.

A study on the effects of climate change on Iran found that extreme wet and dry periods are becoming more frequent, and that there are longer periods of extremely hot temperatures and a higher frequency of floods across the country. In 2019, more than 70 people died in Iran due to flooding following record rainfall.