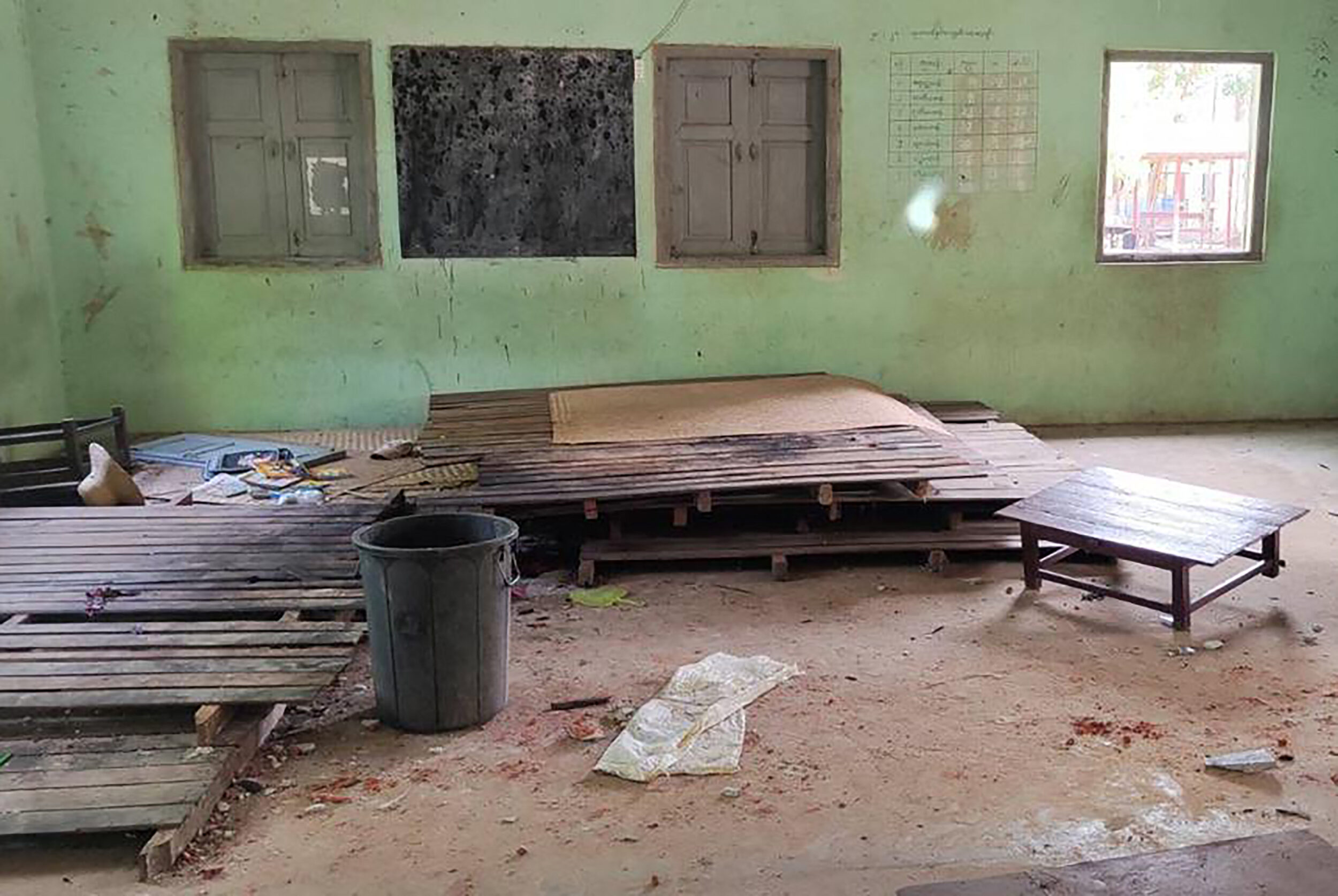 At least 11 schoolchildren died in an airstrike and gunfire on a village in Myanmar, the UN children’s agency said, an attack by the country’s junta, said targeted rebels were hiding in the region.

Myanmar has been in chaos since the military seized power in a coup in February last year, with nearly 2,300 civilians killed in a crackdown on dissent, according to a group of local monitoring.

The Sagaing region in the northwest of the country has seen some of the fiercest fighting, and clashes between anti-coup fighters and the army have seen entire villages burnt down.

The An agency for children UNICEF has condemned Friday’s violence in Depeyin township in Sagaing.

“On September 16, at least 11 children died in an airstrike and indiscriminate shooting in civilian areas,” UNICEF said in a statement released on Monday.

He said schools must be safe and never be targeted.

“At least 15 children from the same school are still missing,” UNICEF said, calling for their immediate safe release.

Video footage obtained from a local community group shows a classroom with blood on the floor, roof damage and a mother crying over her son’s corpse.

The junta said it sent troops in helicopters to the village of Let Yet Kone after being informed that fighters from the Kachin Independence Army (KIA) – an ethnic rebel group – and a local anti- coup moved weapons into the region. .

The army accused rebel fighters of using civilians as human shields and said it had seized mines and explosives in the village.

“Security personnel provided necessary medical attention and arranged to send patients to a nearby hospital,” the military said in a statement.

Junta spokesman Zaw Min Tun on Tuesday accused the KIA of taking villagers to a monastery and then shooting troops from there.

A villager contacted by AFP dismissed suggestions by the military that there were fighters in the area.

“They just attacked the school. They say someone attacked them and then they fought back but that’s not true,” said the villager, who spoke on condition of anonymity for his own safety. .

The villager said the army took away some of the bodies and detained a number of people, including children and teachers.

Save the Children Asia regional director Hassan Noor expressed his condolences to the families and said schools should be closed and student safety protected.

“How many more incidents like this need to take place before action is taken?” Noor said, urging the UN Security Council and the Association of Southeast Asian Nations (ASEAN) to act quickly.

ASEAN has so far led unsuccessful diplomatic efforts to resolve the crisis in Myanmar and its leaders will meet in Phnom Penh in November to discuss limited progress on a peace plan.