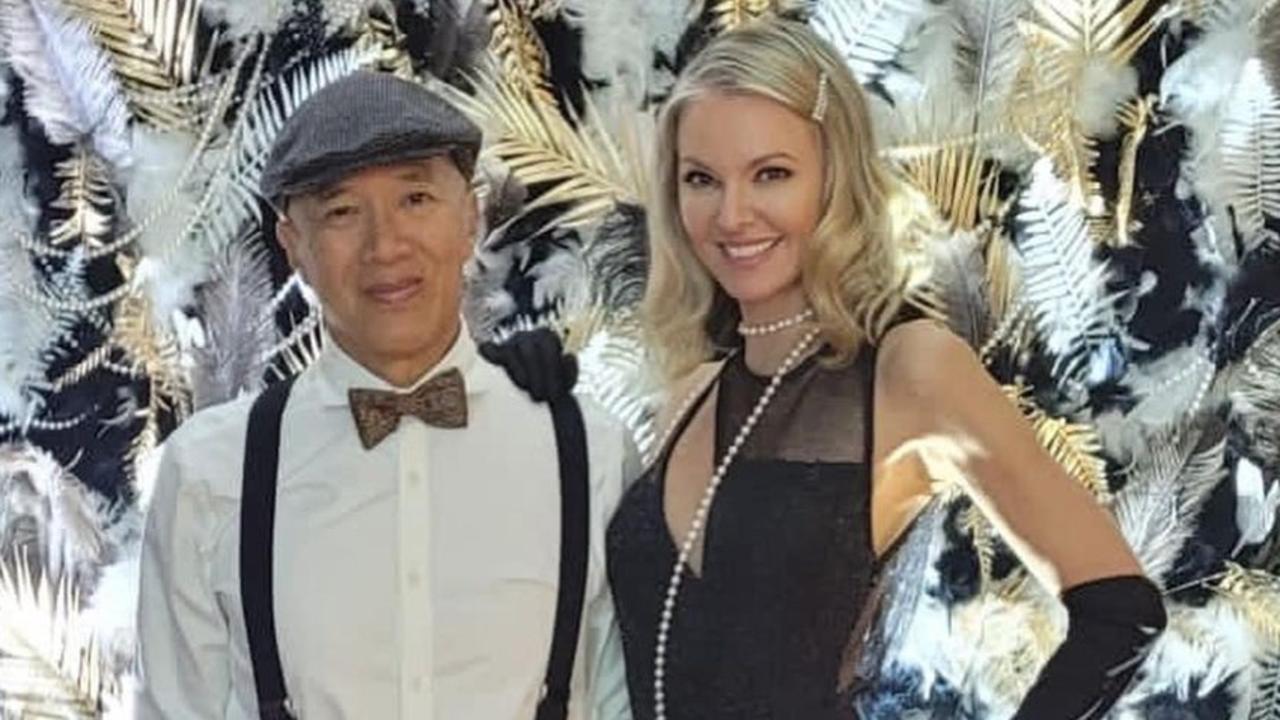 The pair met when Ms Griffiths sought expert advice from Dr Teo in 2009, although they only started dating 11 years later after the brain surgeon split of his wife.

Marriage rumors have stalked the well-known surgeon and his former patient for over a year, but now there seems to be some truth to the rumors.

Ms Griffiths, a vegan activist and fitness influencer, used revealing hashtags in photos of the couple to hint at their changed relationship status.

The former model regularly tagged photos of her and Dr Teo with references to “#myhero” and “#mybestfriend” during their relationship, but she updated the hashtags in May to “#myfiance” and “#ilovemyfiance”.

The revelations are buried in a number of hashtags attached to photos of Ms Griffiths at the Charlie Teo Foundation Ball more than two months ago.

Hints at the engagement continued into June with photos of the costumed couple attending a Great Gastby-themed anniversary party.

Photos from the night are captioned with the same fiancé hashtags and a nod to Dr. Teo’s paperboy outfit.

After dropping the enticing suggestions, Ms Griffiths remained silent on the subject of her relationship.

The animal activist has not posted any further photos of the couple to her social media accounts and there have been no more revealing hashtags.

Neither she nor Dr. Teo responded to requests for comments about the engagement.

The exciting clues come as Dr Teo has taken a step back from his job as a neurosurgeon after conditions were placed on his medical record last year following complaints from colleagues.

In August 2021, the NSW Medical Council banned Dr Teo from performing high-risk surgeries without the written approval of a second independent neurosurgeon.

The restrictions will remain in place until next month.

Prior to the overhaul of his medical practices, Dr. Teo had built his reputation by operating on people with incurable or inoperable brain cancers.