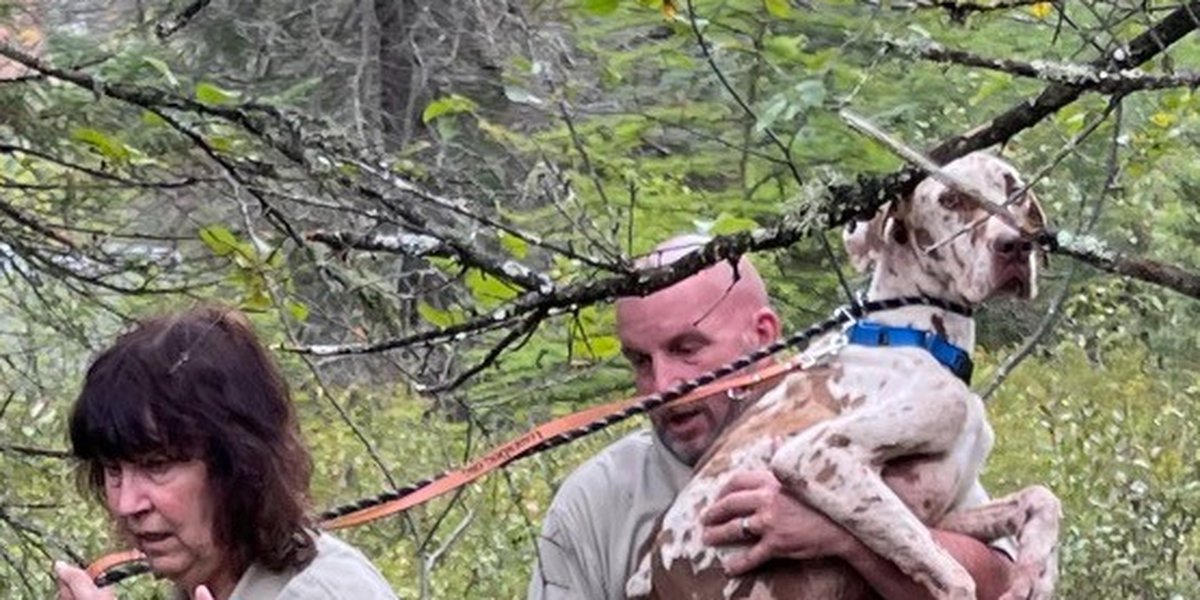 CLARE CO., Mich. (WNEM) – A dog stuck on an island in County Clare for weeks has been rescued.

Zaria, a 2-year-old Great Dane, ran away from her owners and ended up in the middle of Cranberry Lake in August.

Clare County Animal Control has advised the community to stay away and off the island.

Animal control officers tried to use a drone to track her, but she disappeared.

Animal Control originally wanted to do a volunteer search on the island, but that was canceled as officials progressed with a trap.

Rescuers left out food and water to help her gain weight. Animal control used the steal-to-honey method to gain her trust and was ultimately safer than tranquilizing her.

The trap and trail cameras were later removed by rescuers. Zaria was handed over to Clare County Animal Control.