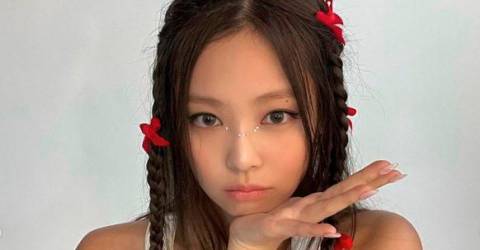 RUMORS have been circulating that BLACKPINK’s Jennie and BTS’ V are dating, but there has been no confirmation from either party. Speculation grew even more heated after photos of the two supposedly vacationing together on Jeju Island surfaced online in May.

Since then, more and more photos have been leaked online by a Twitter user going by the name gurumiharibo, including intimate photos of Jennie and V.

More recently, a photo showing Jennie taking a selfie of herself and V was leaked and identified as having been taken in the entrance of V’s house. This led her fans to suspect that V’s private Instagram account Jennie had been hacked and the photos may have been taken from there.

This reportedly led to Jennie blocking most followers on her private Instagram account, and she’s since ditched nearly everyone.

Fans now suspect that the person who leaked the photos is a mutual friend of both Jennie and V, and have made repeated calls to artist agencies to protect their privacy.