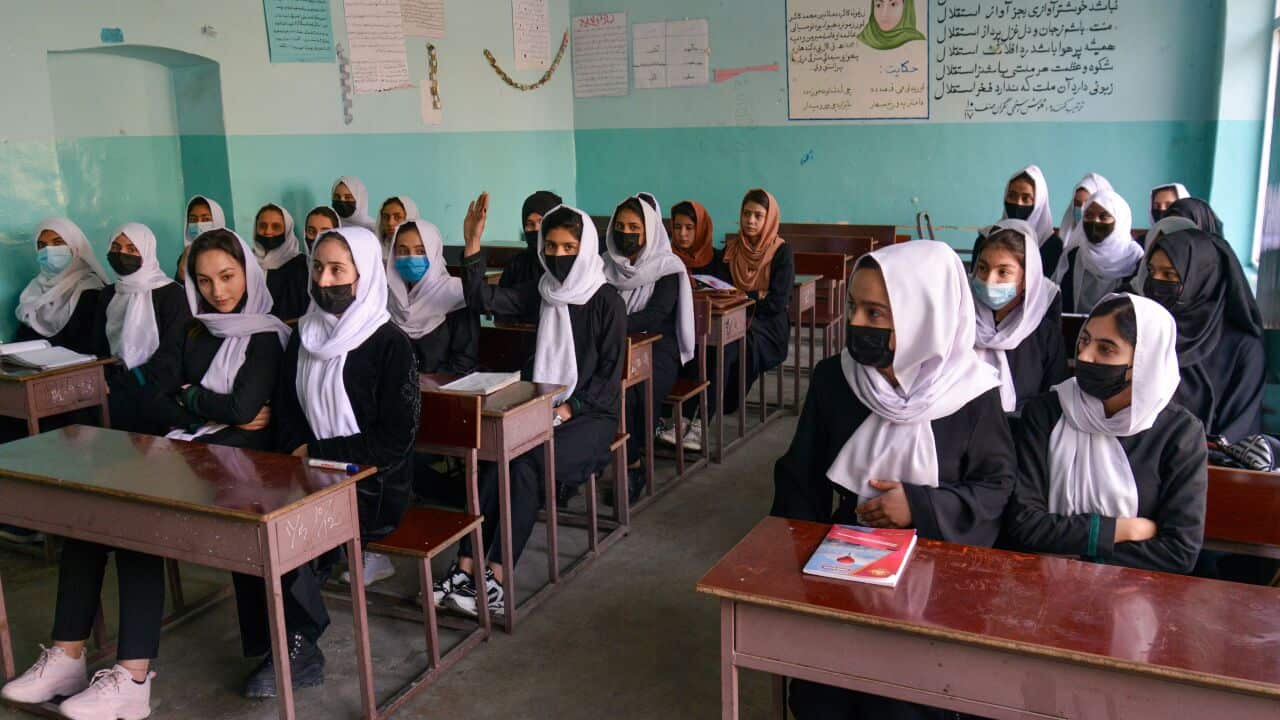 The UN on Sunday urged the Taliban to reopen girls’ high schools across Afghanistan, condemning as “tragic and shameful”.
Weeks after the Taliban took power in August last year, they reopened high schools for boys, but banned secondary school girls from attending classes.
A few months later, on March 23, the Ministry of Education opened secondary schools for girls, .
Since then, more than one million adolescent girls have been deprived of education across the country, said the United Nations Assistance Mission in Afghanistan (UNAMA).
“This is a tragic, shameful and entirely avoidable anniversary,” Markus Potzel, UNAMA’s acting chief, said in a statement.

“It is deeply damaging to a generation of girls and to the future of Afghanistan itself,” he said, adding that the ban had no equivalent anywhere in the world.

UN chief Antonio Guterres has urged the Taliban to revoke the ban.
“A year of lost knowledge and opportunity they will never regain,” he wrote on Twitter.

“Girls belong in school. The Taliban must let them in.”

Several Taliban officials say the ban is only temporary, but they have also offered a litany of excuses for the closures, from lack of funds to the time needed to reshape the program along Islamic lines.
Earlier this month, the education minister was quoted by local media as saying it was a cultural issue as many rural people did not want their daughters to go to school .

After seizing power on August 15 amid a chaotic withdrawal of foreign forces, the Taliban have promised a softer version of their hardline Islamist regime that ruled Afghanistan between 1996 and 2001.

But within days they began to impose severe restrictions on girls and women to conform to their austere view of Islam, effectively shutting them out of public life.
Besides closing girls’ high schools, the Taliban has banned women from many government jobs and also ordered them to cover up in public, preferably with an overall burqa.

Some secondary schools for girls remained open in provinces far from the central power bases of Kabul and Kandahar due to pressure from families and tribal leaders.