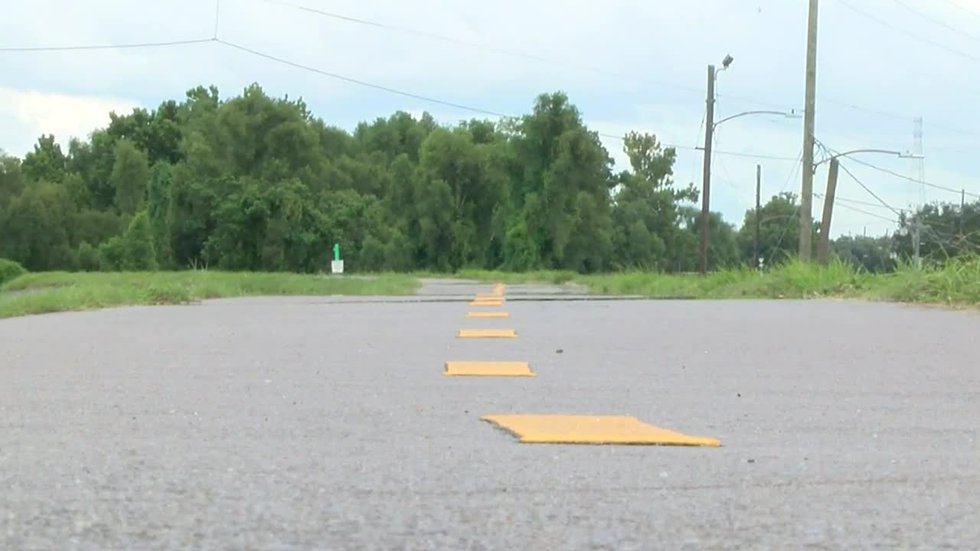 NEW ORLEANS (WVUE) — A local business owner is attacked while riding his bike on the seawall in Algiers.

It happened July 18 on the Mississippi River Trail near the intersection of Odeon and Patterson.

It was the last thing he thought would happen to him while trying to exercise on a Monday morning around 8:15 a.m.

“A young woman parked a bicycle right where this incident happened and started making creaks on the cement right there, so I’m like, okay, it’s pretty safe,” a- he declared. “I kind of let my guard down thinking it was a really safe place. A lot of people up there are going both ways.

He used to cycle to Audubon Park, but his truck was broken into, so he thought a change to Westbank would be safer, riding along the seawall from Old Gretna to the Chalmette Ferry and back.

“I slowed down in this shipyard, Todd’s old shipyard,” he said. “Every rider has to slow down right there because there are three bumps to go over, so there was a guy standing there. I didn’t think about that.”

He says the man was not wearing sports clothes and was just standing in the path near the first bump. I assumed the man was just walking and as he approached the man even moved out of his way.

“After passing the third bump, I started picking up speed and something came from behind me and hit me. It was him,” I said. “Knocked me down on a big board they have right there and I flipped it over and went down the cement side of the seawall.”

He broke his heel trying to catch himself when he fell.

“I had to crawl to the dike to get to safety,” he said. “I was trying to go to someone’s house to come and help me because I didn’t have my phone, my phone was attached to my bike. I see him walking away. I didn’t want him to see me move thinking he would come back and maybe finish me off. I was helpless at the time. I was bleeding all over.

Once her attacker left, he tried to report some people, but they were suspicious and kept moving.

“I’m screaming ‘Please help me, please help me. I was attacked. They stole my bike,’ he said.

Three people ended up coming back to help, including a retired NOPD officer.

He says he is so grateful for the kind strangers and for the officers and paramedics who arrived within 25 minutes.

“I don’t think I was the first. I don’t want this to happen to anyone else,” he said.

He’s now been in a cast for 12 weeks, but luckily it wasn’t worse.

The NOPD is investigating and asking anyone with information to call 4th District Detectives or leave an anonymous tip to Crimestoppers.

See a spelling or grammatical error in our story? Click here to report it. Please include the title.